Washington, D.C., is our nation’s capital. It’s where the United States government does most of its work.

Washington, D.C., is full of important buildings. Politicians and other leaders live and work in these buildings. The city also has many national monuments. They tell the story of our country.

Look at the map. It shows a few of the most well-known places in D.C. 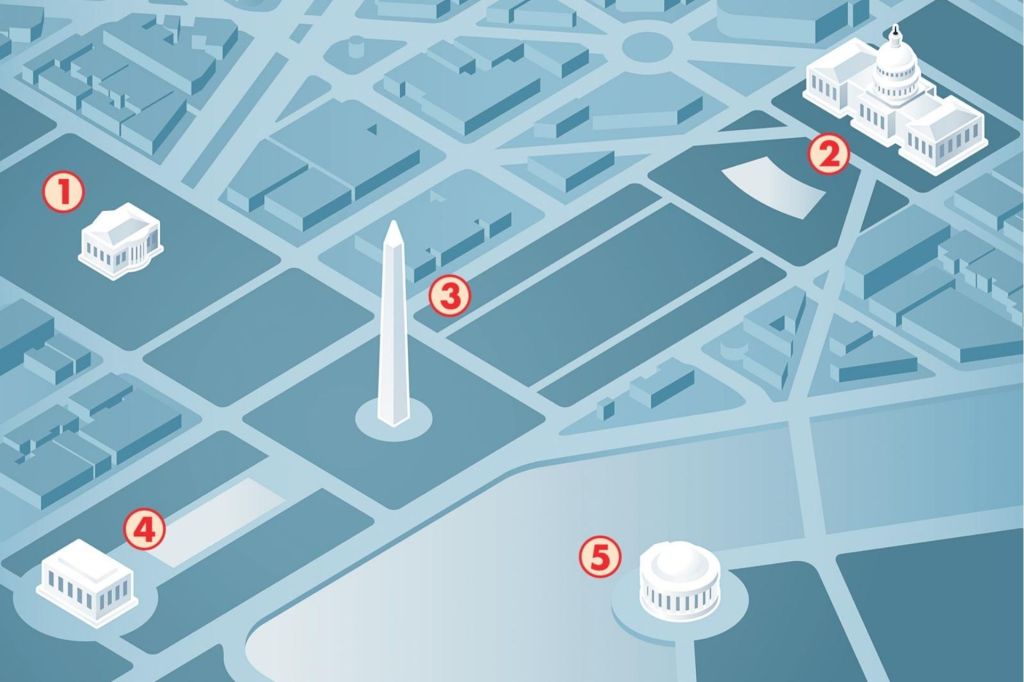 1. This is THE WHITE HOUSE. The president and his or her family live here. It’s where the president works.

2. This is the UNITED STATES CAPITOL building. It’s where Congress meets.

3. This is THE WASHINGTON MONUMENT. It’s more than 550 feet tall. It was the tallest structure in the world when it was built in 1884.

4. This is THE LINCOLN MEMORIAL. It’s a monument in honor of President Abraham Lincoln. He was our nation’s 16th president.

5. This is THE JEFFERSON MEMORIAL. It’s a monument in honor of Thomas Jefferson. He was our nation’s third president.