When Martin Luther King Jr. was born, his parents, Michael and Alberta, gave him a different name from the one we know today. They called him Michael. But Michael Sr. later changed his name to Martin. He changed his son’s name too. They took the name Martin Luther, after the famous religious leader. Young Martin grew up in Atlanta, Georgia. His father and grandfather were pastors. The King children grew up in a loving home. But they experienced racism from an early age.

King attended public schools in Georgia. The schools were segregated at the time. King skipped grades 9 and 11 and graduated from high school at age 15. Around that time, he joined the National Association for the Advancement of Colored People (NAACP), a civil rights organization.

In 1948, King graduated from Morehouse College, in Atlanta. He went on to study religion at Crozer Theological theological 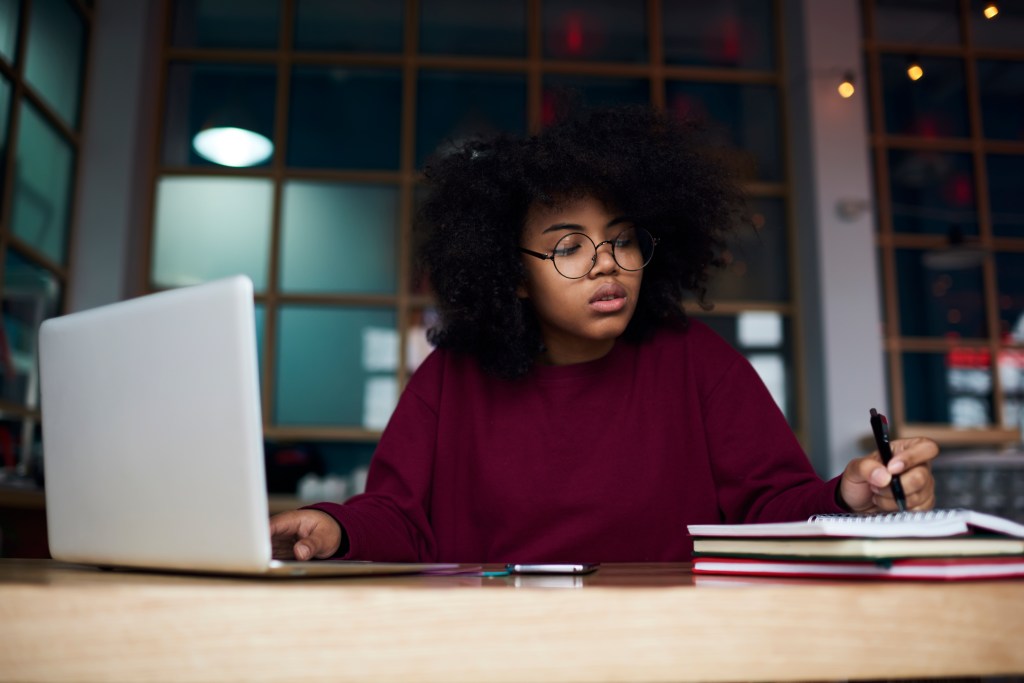 GAUDILAB/GETTY IMAGES having to do with the study of religious faith, practice, and experience (adjective) She did well in her theological classes and decided to study religion in college. Seminary. The school was in Chester, Pennsylvania. He graduated in 1951. Soon after, he enrolled in a Ph.D. program at Boston University, in Massachusetts. He met music student Coretta Scott in Boston. The couple married in 1953. They later had two sons and two daughters.

In 1954, King moved to Montgomery, Alabama. He became a pastor at the Dexter Avenue Baptist Church. Soon after, on December 1, 1955, Rosa Parks refused to give up her seat to a white passenger on a Montgomery city bus. She was arrested. In response, the NAACP led a citywide boycott boycott 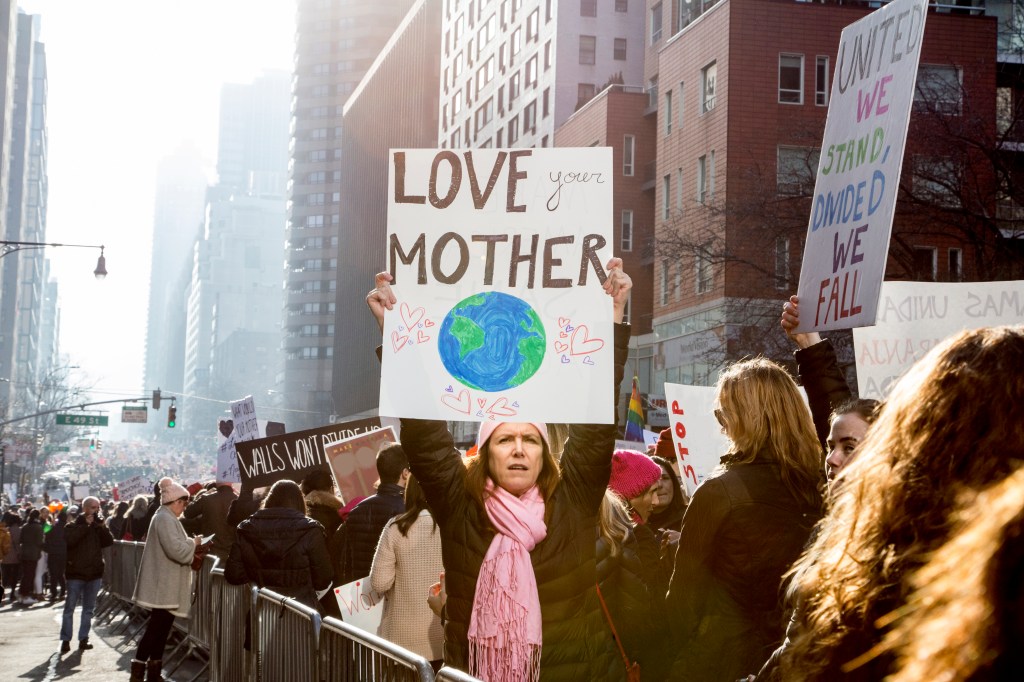 BRIT WORGAN/GETTY IMAGES to refuse to buy, use, or participate, as a way of protesting (verb) She urged people to boycott the company because it was polluting the environment. against segregated buses. King was chosen to lead the boycott.

For 381 days, black people refused to ride the buses. The boycott ended on December 21, 1956. That was after a decision by the U.S. Supreme Court. The court ruled that all people had equal rights to seats on buses. It was a key victory for civil rights. Eight years later, the Civil Rights Act outlawed racial discrimination in all public places. 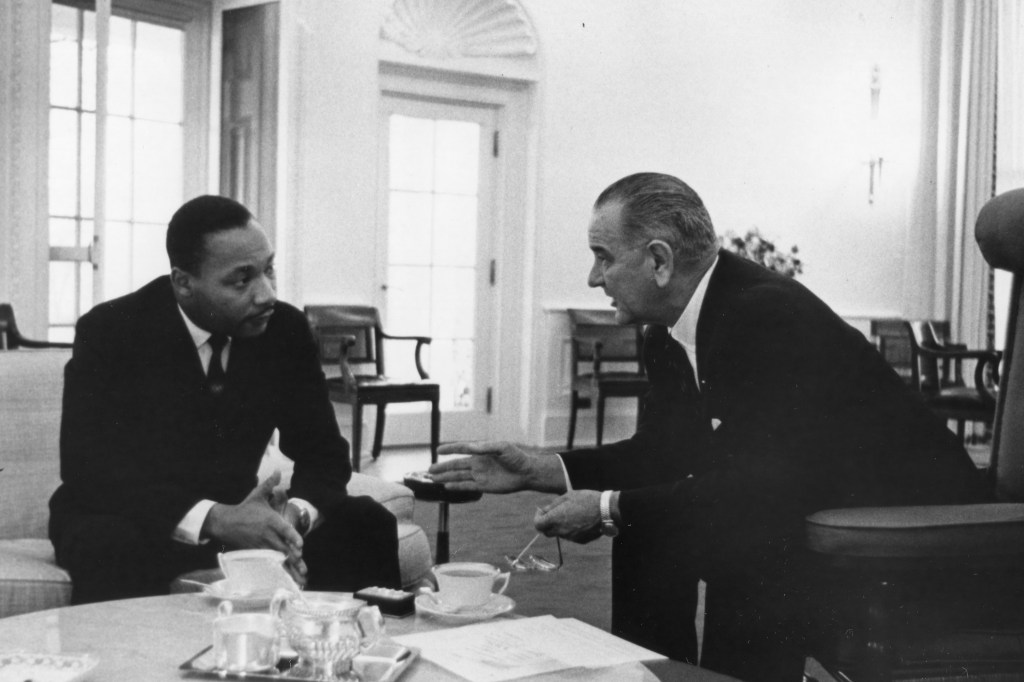 In the spring of 1963, King organized a protest in Birmingham, Alabama. The city police blasted protesters with fire hoses. They let attack dogs loose. King and others were jailed. People across the nation heard about the event.

After their release, King laid out plans for a march on the nation’s capital. The March on Washington attracted more than 250,000 people. On August 28, 1963, King gave his “I Have a Dream” speech. He did so at the Lincoln Memorial. In his address, he spoke of a day when all people would be treated equally. King went on to win the 1964 Nobel Peace Prize. He was 35 years old. He was also the youngest person to have received the honor.

The fight for equal rights, however, was far from over. On March 7, 1965, King organized a march from Selma to Montgomery, in Alabama. Police used nightsticks and tear gas on protesters. Seventeen people were hospitalized. Soon after, President Lyndon Johnson signed the Voting Rights Act of 1965. The law stated that all citizens had a right to vote. It said they could not be discriminated discriminated to treat one group differently from another (verb) Employers are not allowed to discriminate on the basis of race or gender. against because of the color of their skin.

On April 3, 1968, King attended a labor strike in Memphis, Tennessee. He told supporters, “I want you to know tonight, that we, as a people, will get to the Promised Land.” The next day, he was struck by a bullet. The shot ended King’s life. He was 39 years old. The accused shooter, James Earl Ray, pleaded guilty. He was sentenced to 99 years in prison.

King’s birthday is observed as a national holiday on the third Monday in January. On that day, Americans honor the civil rights leader’s service and commitment.