As the plane lands in Des Moines, Iowa, Ghazweh Aljabooli reaches for her daughter Hala, 6. Ghazweh, her husband—Adbul Fattah Tameem—and their five children are on the last part of a long trip.

The kids—Nazeer, 15; Sedra, 13; Haidar, 11; and twins Hala and Mutaz—are tired. Ghazweh is worried. What happens next? At the airport, a man is waiting with a smile. "Ahlan wa sahlan," he says. It is Arabic for "welcome." Ghazweh's eyes fill with tears. "I was so scared," she says.

The next morning, the Tameems visit their new home. The kids run to their rooms. Each bed has a handmade quilt with a stuffed animal on top. "There's a teddy bear for me!" Hala says. Ghazweh is overcome by happiness mixed with confusion. This new life feels like a dream. 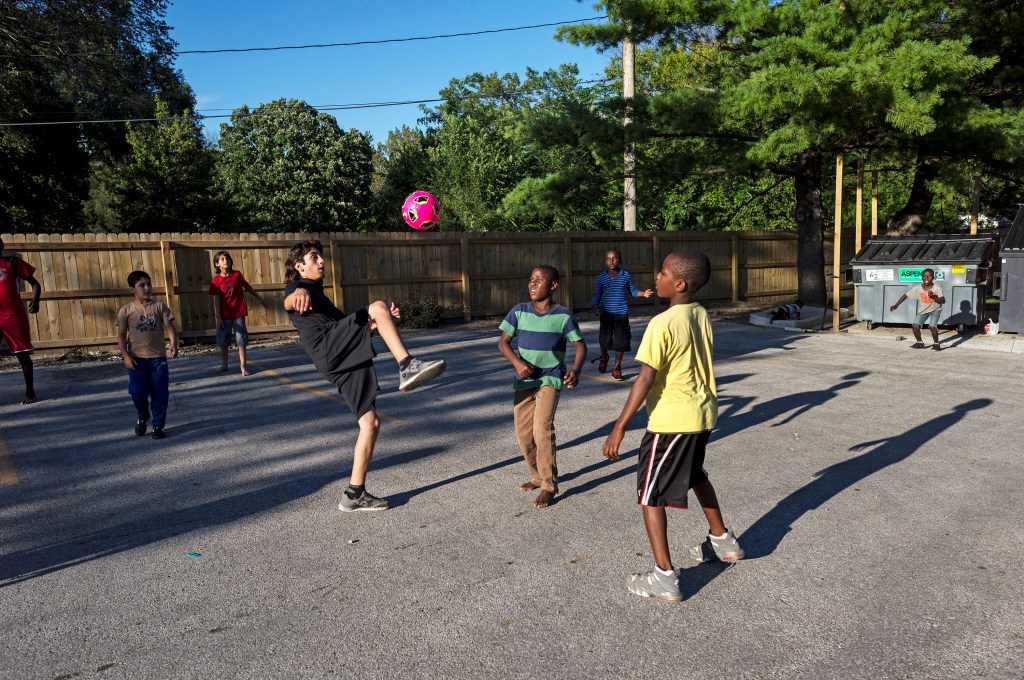 The Tameems' journey began five years before. They lived in Homs. It is north of Syria's capital, Damascus. The kids went to school. The family took vacations. But that changed in 2011 when a war broke out. Bombs destroyed the family's home. The war has killed more than 400,000 people.

The Tameems escaped to Jordan. They are among the 5 million people who have fled Syria. In Jordan, the Tameems signed up as refugees with the United Nations. That gave them international protection. But Jordan was not welcoming. The Tameems decided the U.S. offered more opportunities for their children.

The process to move to the U.S. is not easy. U.S. officials look closely at the people who apply. It takes 18 to 24 months to be approved.

Two years after the Tameems arrived in Jordan, officials told them they could move to the U.S. Ghazweh was so excited, she jumped in the air.

The kids go to three schools. Nazeer is in high school. Sedra and Haidar are in middle school. Hala and Mutaz's elementary school is new. It is filled with kids from around the world. 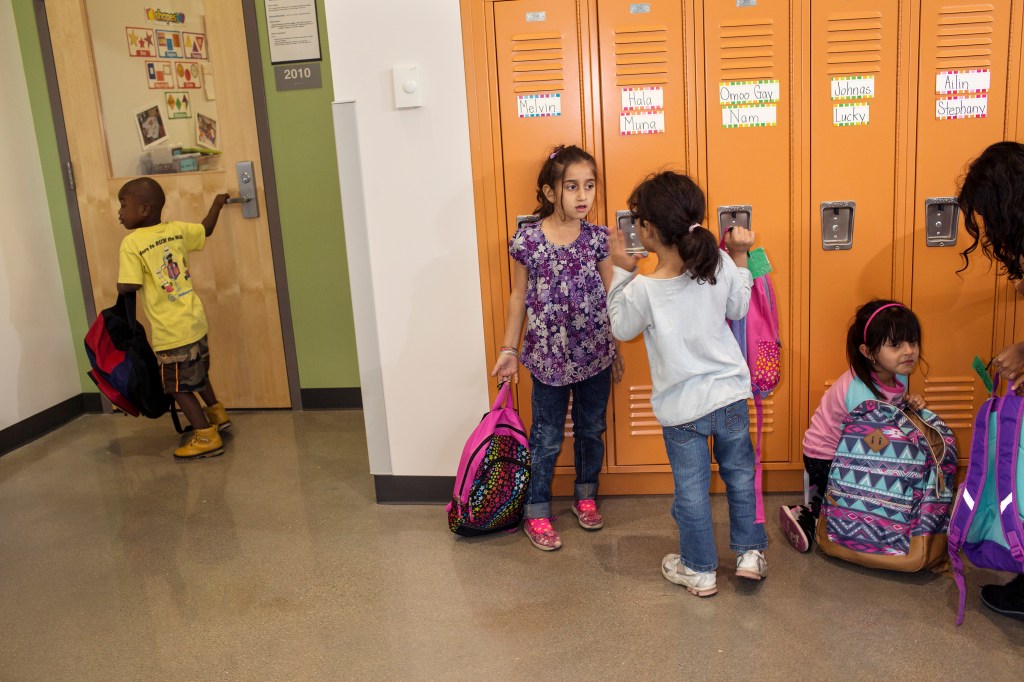 On the twins' bus ride home, kids from Nepal sit in one group. Mexicans are in another. Hala and Mutaz sit with other Syrians. "Does anybody get off at 13th?" the bus driver calls out. The children are silent. "I have never driven a bus where nobody speaks English," the driver says.

One student misses her stop. Another gets off too early. Finally, the bus arrives in the Tameems' neighborhood. It is more than two hours late. When the door opens, Ghazweh hugs Hala. Ghazweh had been scared. But a few minutes later, she is laughing again. 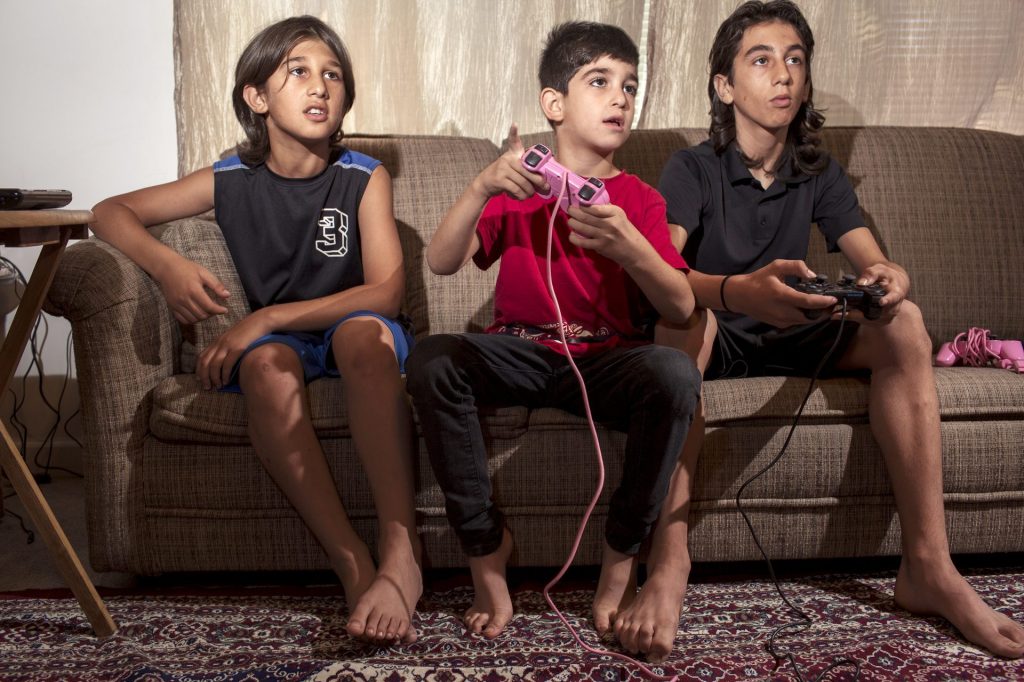 The next day, the family goes swimming at a lake. Ghazweh watches her children play. They are together. They are safe. They have a future, she says. "I'm happy," says Ghazweh, in Arabic, smiling. And then she says it again, haltingly, in English: "I am very happy."