This year, TIME for Kids celebrates its 25th birthday. A lot has happened in the last quarter century. Presidents have been elected. Milestones have been reached. Tragedies have struck. People have come together to solve problems. The whole time, TFK has brought news of these events to kids. Take a look back at the past 25 years. Read about some newsworthy moments and how TFK covered them. 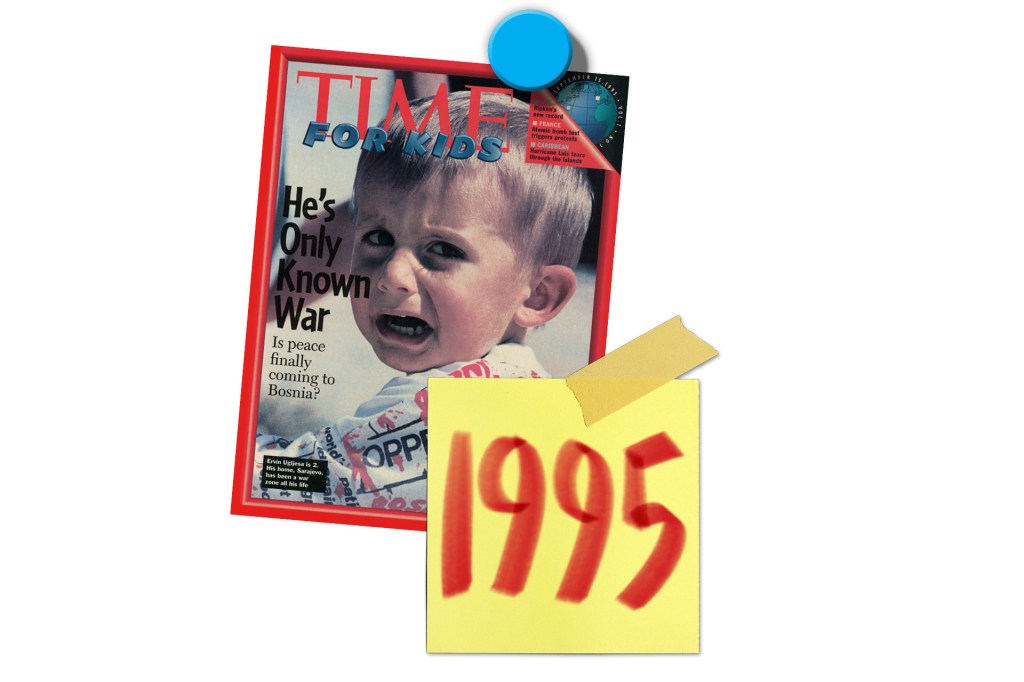 TFK was founded in 1995 by Claudia Wallis and Lisa Garcia Quiroz. The first cover showed a 2-year-old living in Bosnia during a war. Wallis was TFK's first top editor. "We had this idea that kids knew about the world and had questions," she says. "We could fill in some gaps and deal with serious topics." 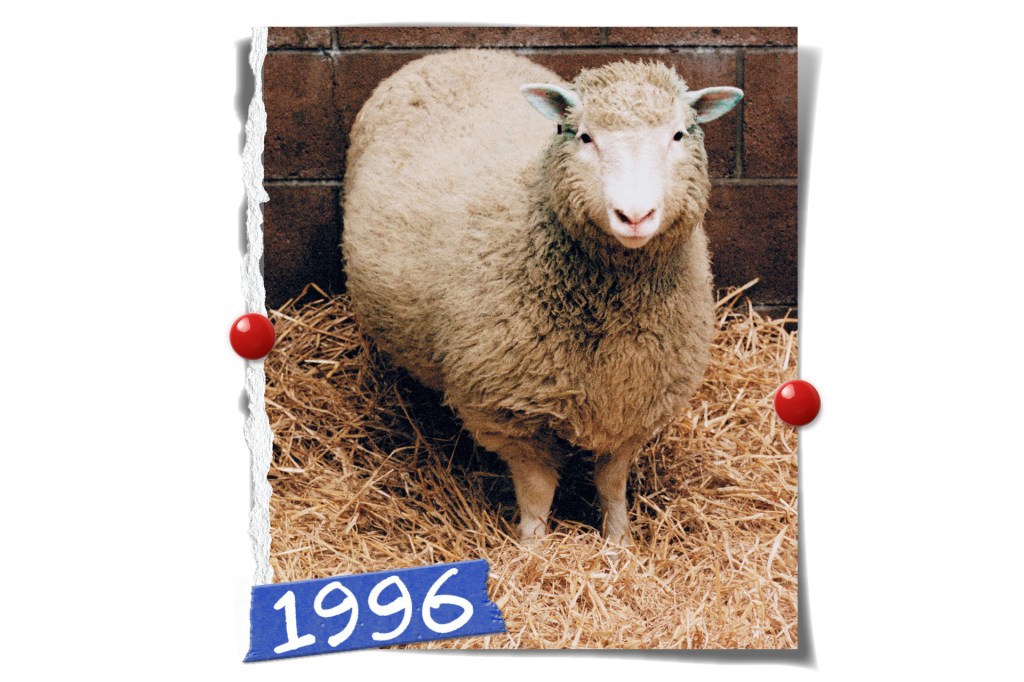 In 1996, a sheep named Dolly was born. Dolly's birth was a scientific breakthrough. She was the first clone of an adult mammal. That means she was an exact copy. In a TFK cover story, editor Martha Pickerill explained the complex science of cloning. "It was a really cool thing to be able to tell kids this had happened in their lifetime," she says.

TFK launched its Kid Reporter program in 2000. We began tapping kids from around the country to report on local and national news. Dina El Nabli worked on the program. "We were able to get kids front-row seats, press passes, and access to all these historic events," she says. "It was a really great opportunity to experience history firsthand through the eyes of kids." 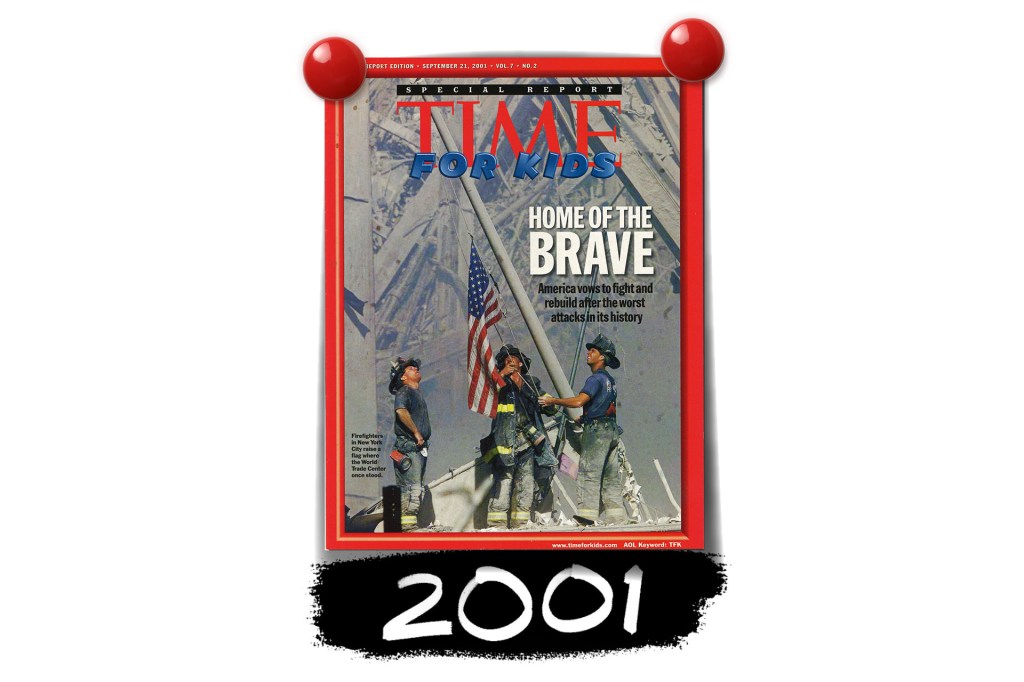 On September 11, 2001, terrorists attacked the United States. In New York City, two airplanes hit the World Trade Center. The attacks landed close to home for TFK, which is based in New York. TFK editor Nellie Gonzalez Cutler says the staff tried hard to create an issue about the September 11 attacks that would celebrate heroes. "I remember looking at my local paper," Gonzalez Cutler says. "There was a picture of the firefighters and police raising a flag in the rubble of the World Trade Center. I said, 'That's our cover.'" 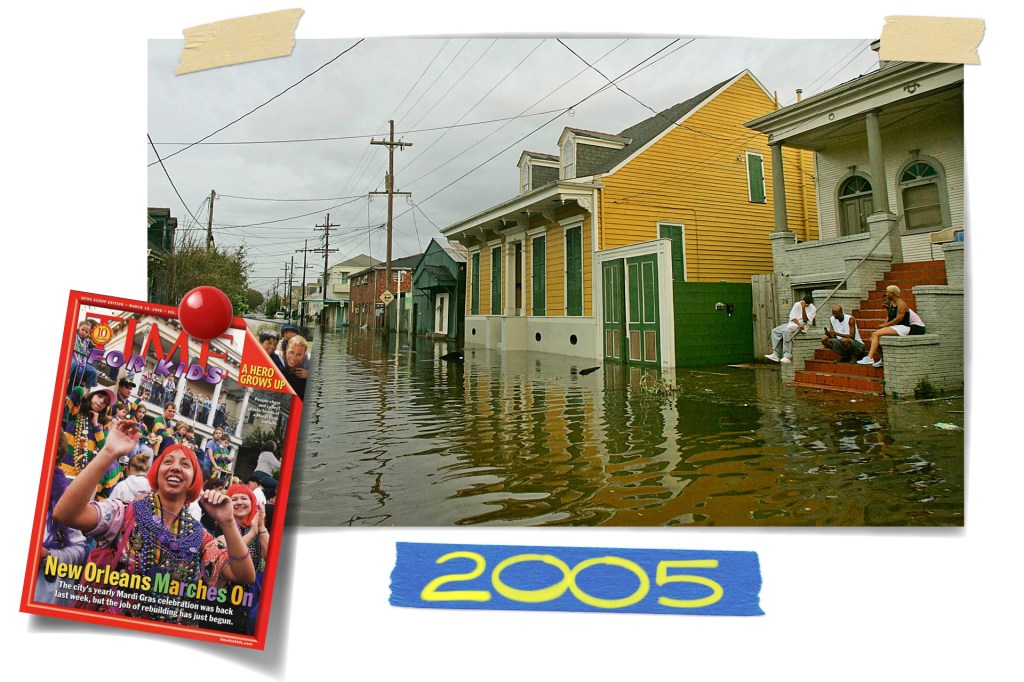 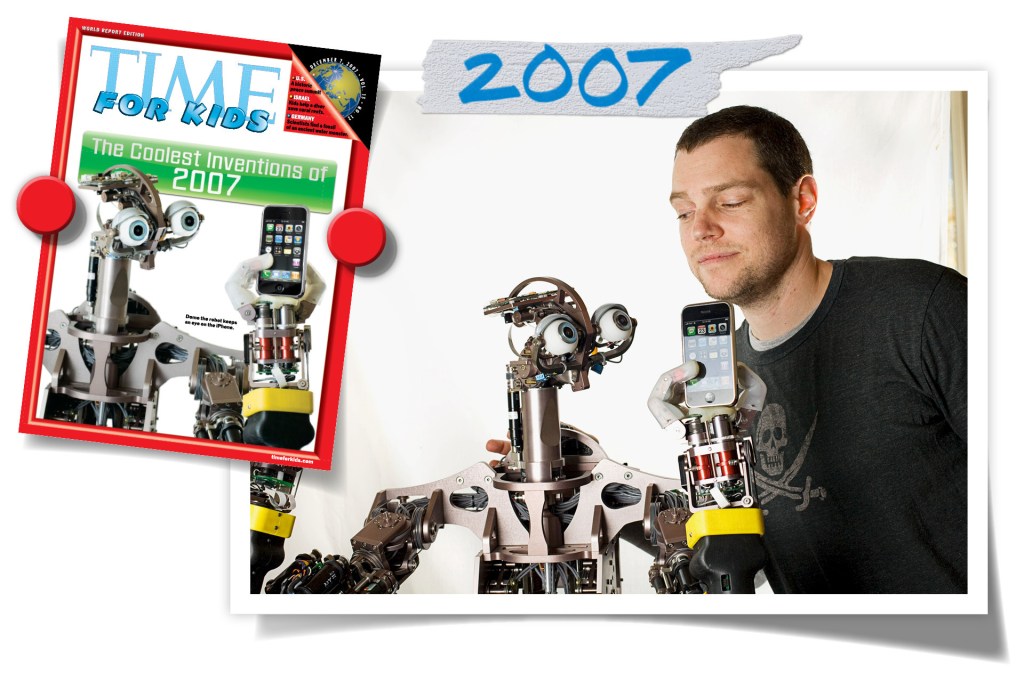 Check out TFK creative director Drew Willis behind the scenes.

TFK writes an annual feature about the best inventions of the year. In 2007, one of them was the first iPhone. "The iPhone is no ordinary gadget," TFK wrote. "It's a handheld, do-it-all computer. IPhone users can use it to talk, hear music, watch video, and look things up on the Internet. No wonder so many people want one!" 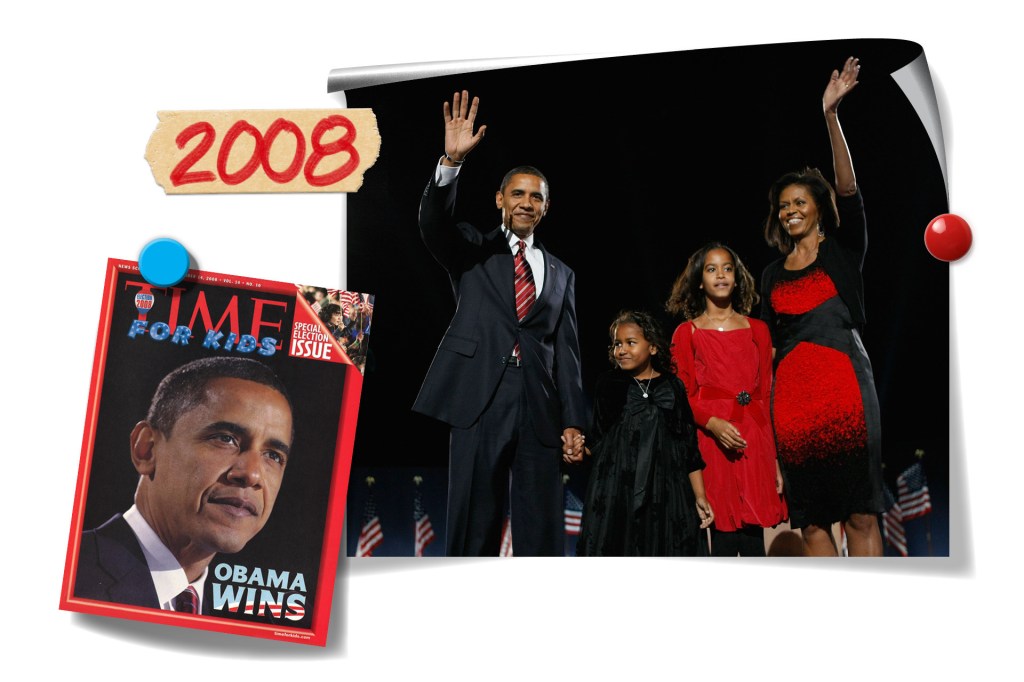 In 2008, Barack Obama made history when he was elected the first Black president of the United States. TFK's Nellie Gonzalez Cutler remembers watching the Obama family greeting the crowd on election night. "That was so exciting because our readers were of that age," she says of the Obamas' daughters, Sasha and Malia. They were 7 and 10.

TFK Kid Reporters have interviewed many celebrities over the years. Former TFK Kid Reporter Sarah Horbacewicz recalls being assigned a story about Justin Bieber in 2009. She hadn't heard of the young singer, who was just releasing his first single. "I remember asking my mom if I was interviewing Justin 'Beaver' or 'Bieber,'" she says. Bieber soon went on to superstardom. 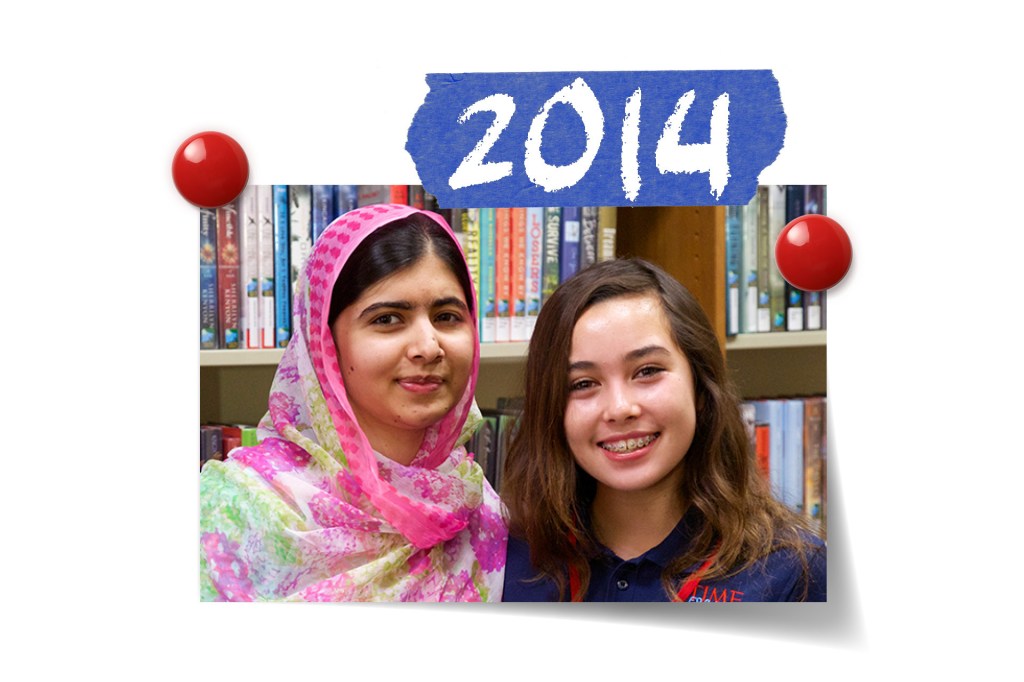 In 2014, Malala Yousafzai became the youngest person to win a Nobel Peace Prize. Yousafzai is a champion of education rights for girls. That year, TFK readers voted for her as the TIME for Kids Person of the Year. Here is a photo of Yousafzai with former TFK Kid Reporter Mia Felt.

Astronauts Kjell Lindgren and Scott Kelly spoke with TFK readers from the ISS.

From 2015 to 2016, astronaut Scott Kelly spent a record-breaking year in space. TFK joined TIME in following his year aboard the International Space Station. One standout moment was when TFK hosted a live video session with Kelly and astronaut Kjell Lindgren aboard the ISS. New York City students got to ask the astronauts questions. 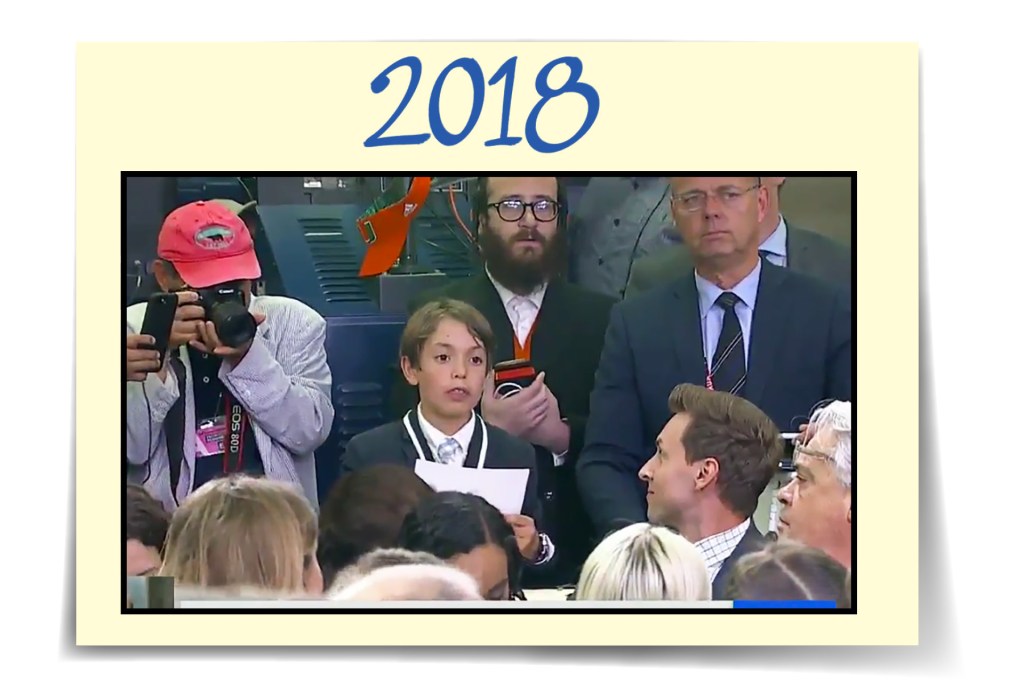 At a White House press briefing in May 2018, TFK Kid Reporter Benje Choucroun asked a question about gun violence in schools. "Can you tell me what the administration has done and will do to prevent these senseless tragedies?" White House press secretary Sarah Huckabee Sanders grew tearful as she answered Benje's question. Their exchange made headlines. "That was exactly the power of TFK at its best," said editor in chief Andrea Delbanco. "We let kids be the ones to decide what's important to them." 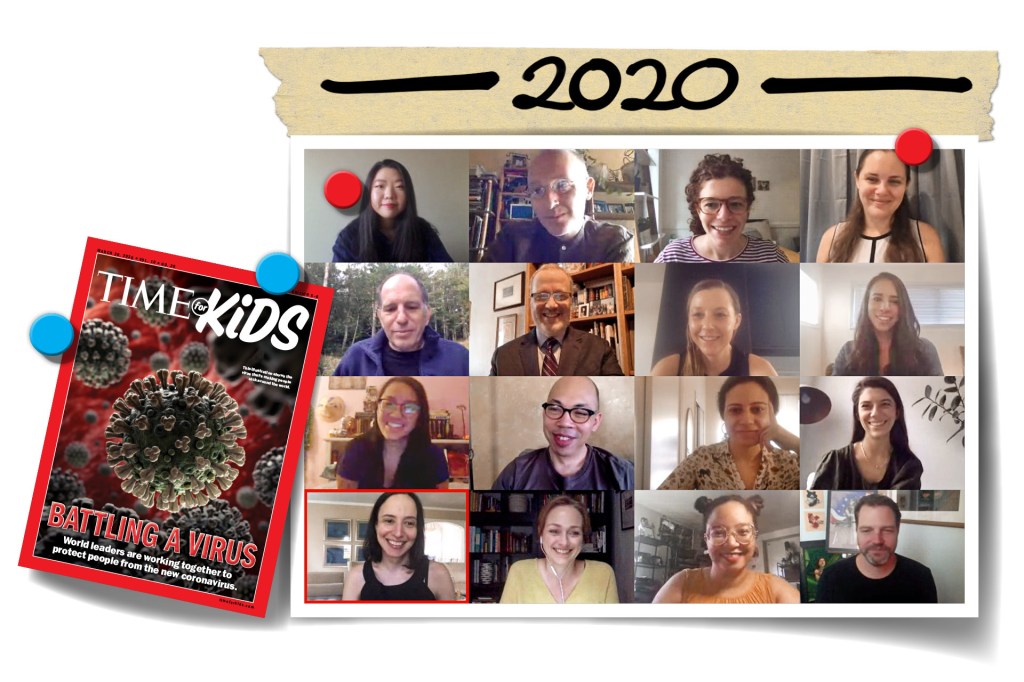 TFK staff comes together for a video portrait at the start of the 2020 school year. Because of the pandemic, the team has been working remotely since March.

In March 2020, the COVID-19 outbreak was declared a pandemic. For the first time, TFK was made by people working remotely. And the magazine began publishing only digitally. "It was the first time in 25 years of TFK that we did not print a paper copy of the magazine," Delbanco says. "It's something I'll never forget."

What do you think the world will look like 25 years from now? TFK's Andrea Delbanco has a prediction. "The way in which we'll deliver our content will be completely different," she says. "But there's not a time in this world in which bringing kids into the conversation won't be important."

Anchor on the Road

Lester Holt is an award-winning journalist. Since 2015, he has anchored Nightly News on NBC. In 2020, he launched a digital edition of the show for kids. That show’s guests have included Dr. Anthony Fauci and JoJo Siwa. On October… 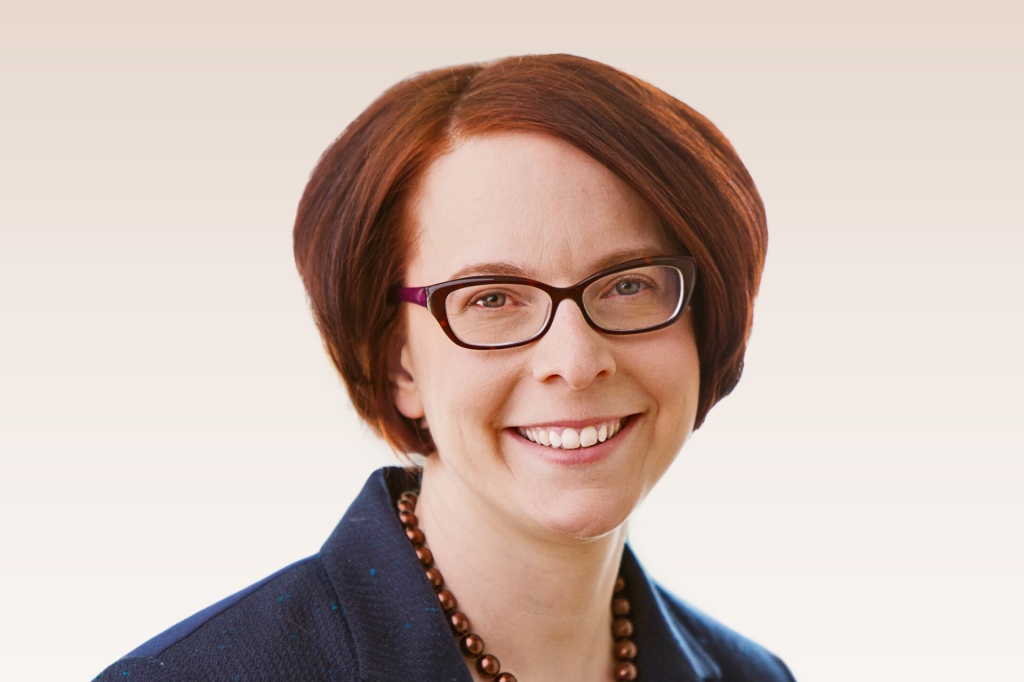 Devorah Heitner is an expert on how young people use digital media. TFK Kid Reporter Orlie Weitzman spoke with her. 1. Instagram delayed releasing an app for kids under 13. What does this mean? Instagram did research and found that… 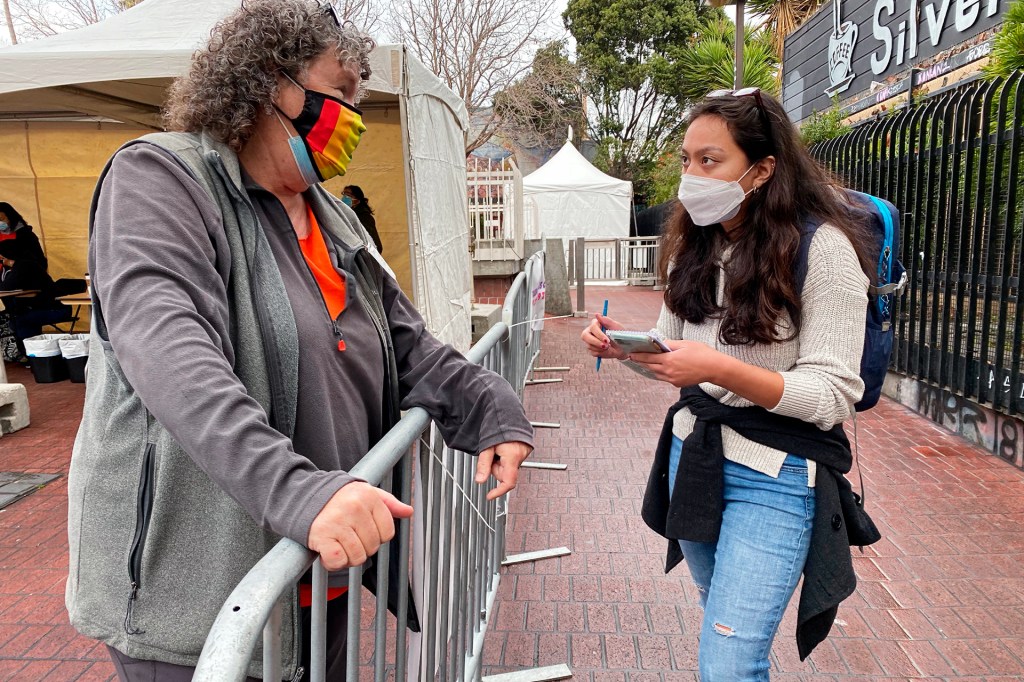 Closer to the Truth

Many of the Southeast Iowa Union’s older readers don’t get their news online. Instead, they rely on the newspaper. Ashley Duong is a former reporter for the Union. She says national papers did not cover the pandemic in rural America… 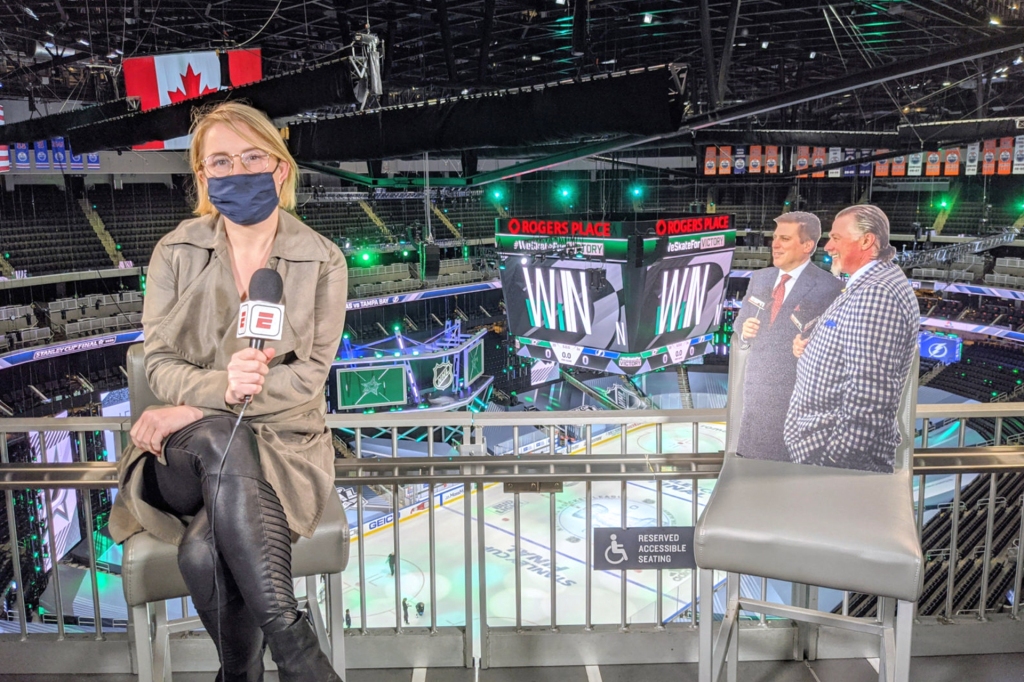 Are you a big sports fan? If so, chances are you’ve read articles by a sports journalist. The writer may have broken down a game or profiled one of your favorite athletes. Sean Gregory is a senior sports correspondent for…