Gray wolves have roamed North America for at least half a million years. Their habitat once included most of the continental continental 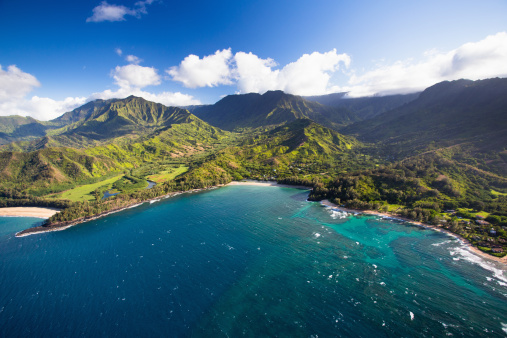 MATTHEW MICAH WRIGHT—GETTY IMAGES having to do with the portion of the U.S. that is attached to the North American continent (adjective) Hawaii is not part of the continental United States. United States. But during the 1800s and early 1900s, wolves were hunted to near extinction. By the 1960s, the U.S. wolf population was limited to a handful of creatures in small corners of the northern Midwest.

Then, in 1973, the Endangered Species Act (ESA) became law. It protects animals at risk of becoming extinct. Gray wolves were one of the first animals placed on the endangered-species list. Killing them was illegal. And the U.S. government worked to promote their conservation conservation 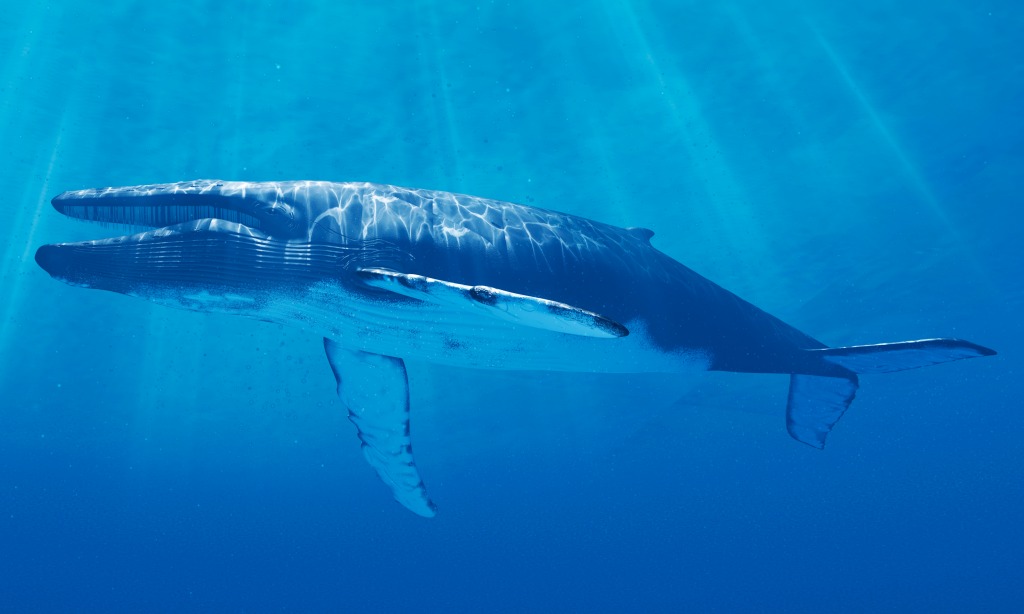 SCIEPRO/GETTY IMAGES the preservation and protection of something (noun) Despite efforts at conservation, the blue whale remains an endangered species. . In a famous example of this effort, starting in 1995, 31 wolves were moved from Canada to Yellowstone National Park. By 2015, more than 500 gray wolves were living in the Greater Yellowstone Ecosystem. 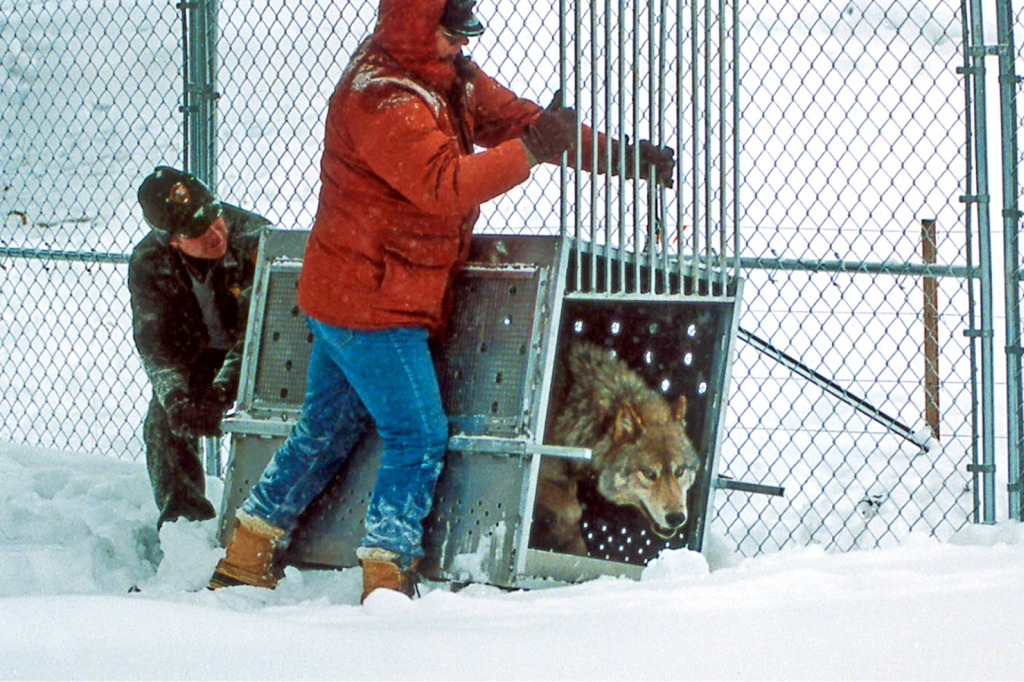 FREE TO ROAM A wolf is released at Yellowstone National Park in January 1996. The wolf was relocated from Canada as part of conservation efforts.

Today, the continental U.S. is home to more than 6,000 gray wolves. On January 4, 2021, the U.S. government removed gray wolves from the endangered-species list. Usually, an animal’s delisting would be cause for celebration. But some conservationists say the predators still need protection.

A Difference of Opinion

“Wolves are controversial,” Adrian Treves told TIME for Kids. He’s a wolf expert at the University of Wisconsin–Madison. “People can’t agree about their protected status or whether they’re actually safe and secure.”

In some parts of the country, wolves are thriving. More than a thousand of them can be found just in Michigan and Wisconsin. But overall, their range is still a fraction of what it was. Wolves used to live across most of the U.S. Now they’re found in fewer than a dozen states. 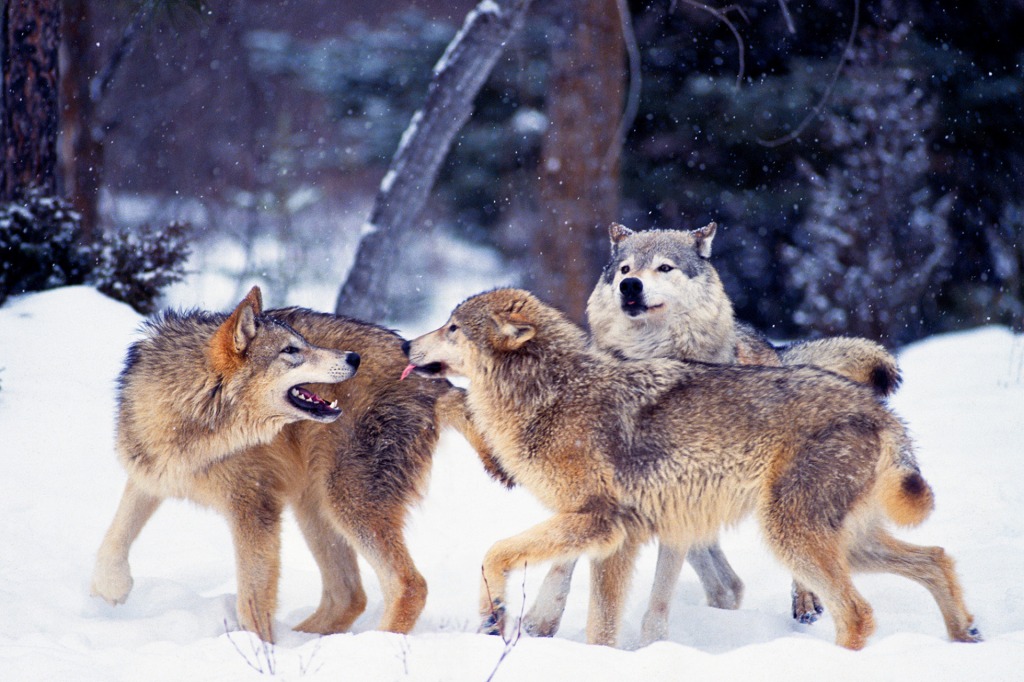 Some experts say the goal of the ESA should be to protect an animal until it has reclaimed its original range. Others argue that as long as a species is not at risk of extinction, it doesn’t belong on the endangered-species list. And ranchers with land near wolf habitats say that if the predator’s population continues to grow, more of their livestock will be killed by wolves.

David Bernhardt was secretary of the interior when the U.S. Fish and Wildlife Service announced its plan to delist the gray wolf, in October 2020. “The gray wolf has exceeded all conservation goals for recovery,” he says. According to Bernhardt, the wolf “is neither a threatened nor [an] endangered species.” 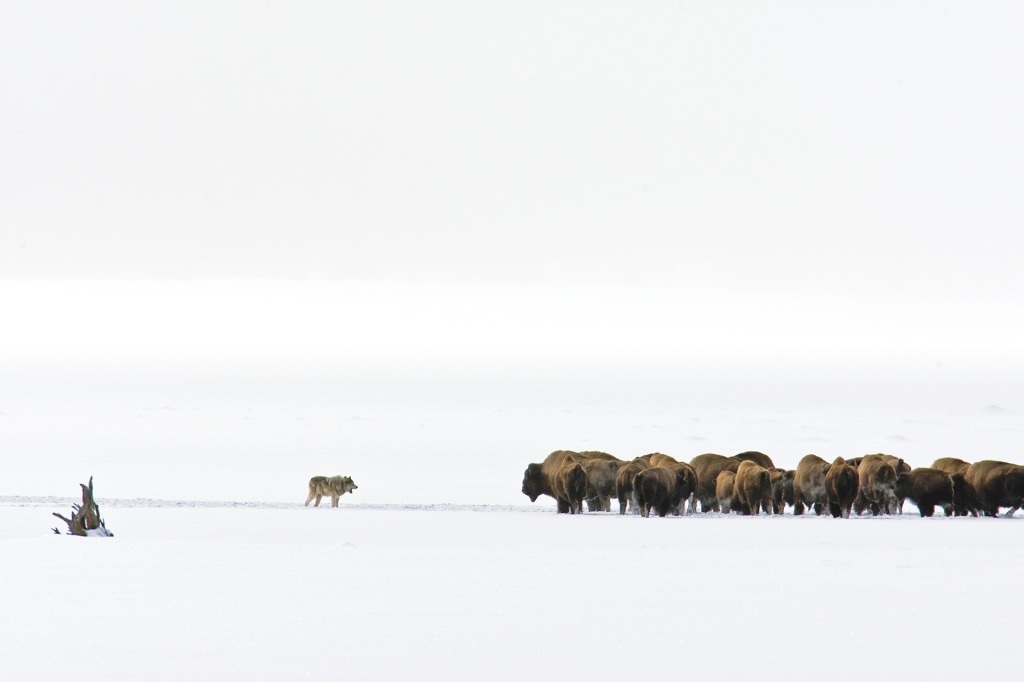 FIERCE PREDATOR A wolf threatens a pack of bison in Yellowstone National Park. Wolves hunt and kill bison for food.

But Jason Rylander, of the conservation group Defenders of Wildlife, worries that without protection, the wolf population will crash again: “We have to ask, ‘Is the work of recovery really done for this species?’ In our view, it’s not. There are still too many places where the population hasn’t come back.” 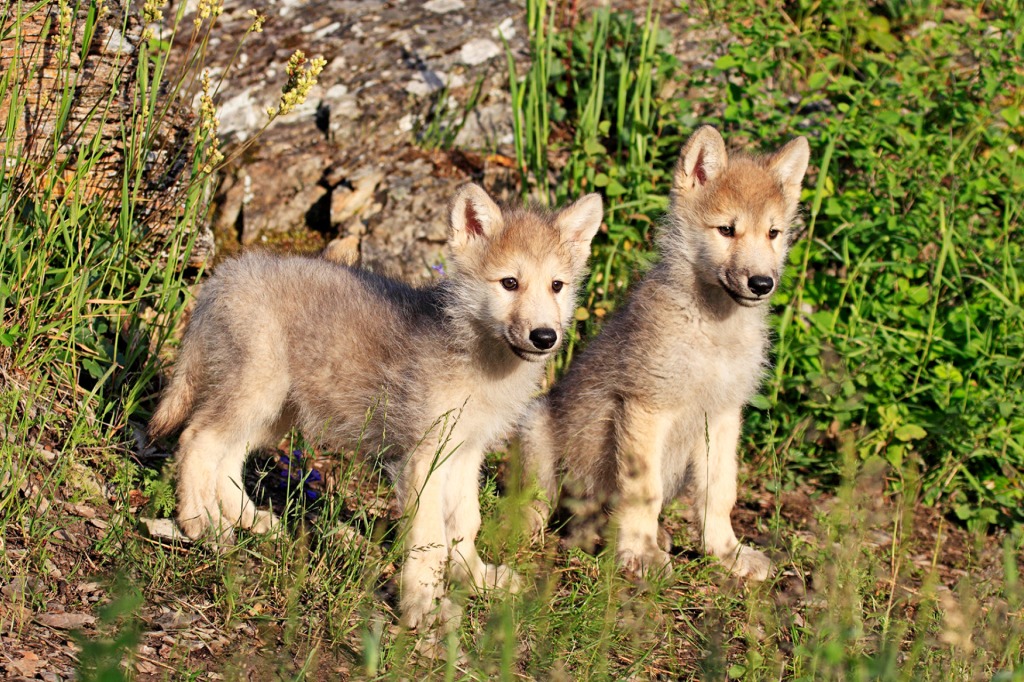 PUPS GROW UP These gray wolves are pups. Adults can weigh 100 pounds. The animals live in groups called packs.

Environmental groups are suing the U.S. government over the decision to delist the wolf. Rylander hopes that no matter what, people and wolves can peacefully coexist. His group is promoting ways to make that happen, like using portable wire fences to keep wolves away from grazing livestock. For now, protection of nearly all wolves is up to the states. In November 2020, Colorado voters approved a measure that would focus on the wolves within its borders. 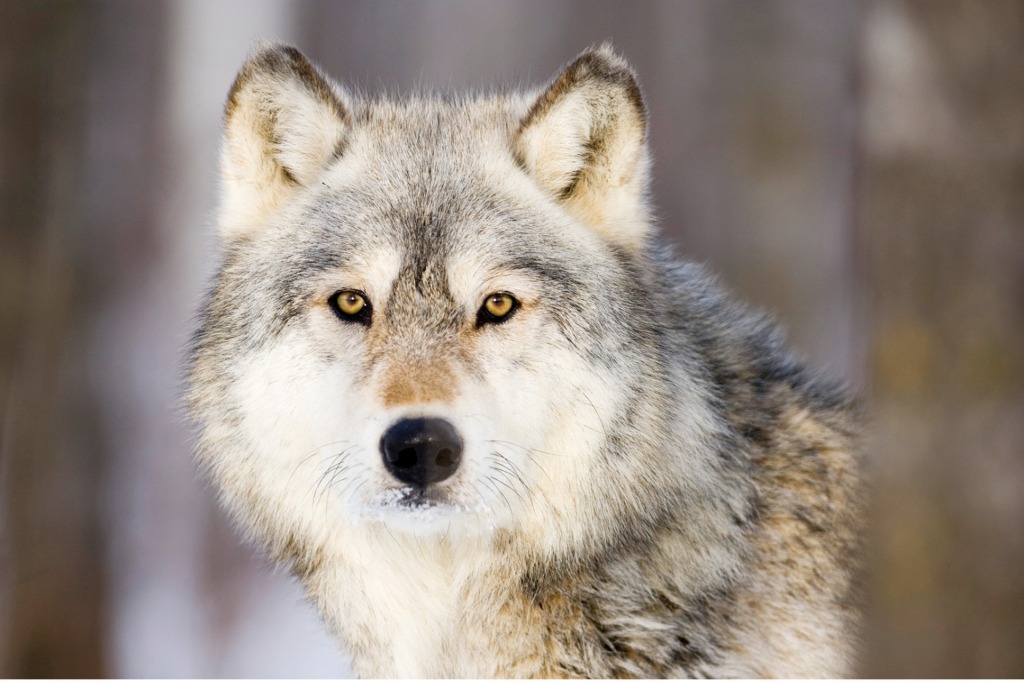 The gray wolf is a fierce predator. It has long teeth and powerful jaws, and can chase prey at more than 35 miles per hour. A typical male weighs about 100 pounds and is more than six feet long. (That includes its bushy tail, which is one or two feet long.)

Wolves live in packs of up to 30 adults and pups. They communicate with one another using facial expressions and the positions of their bodies and tails. Howling helps members of a pack stay in touch.