TFK Kid Reporter Victoria Hanson cares about polar bears. She talked to experts about why these animals are in danger and how people can help.

Polar bears live mostly within the Arctic Circle. They’ve been on the endangered-species list since 2008. 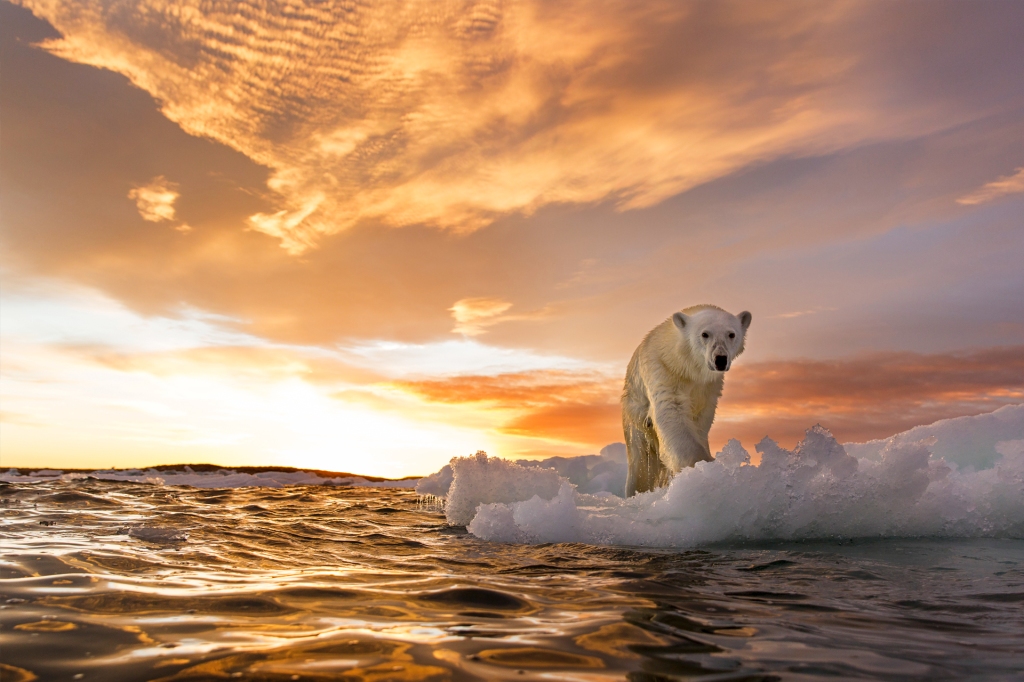 DISAPPEARING HABITAT This polar bear is in Nunavut, Canada. It’s standing on a melting ice patch.

I asked Carter Roberts, president and CEO of the World Wildlife Fund, why. His answer was that global warming is to blame. “As warm temperatures melt sea ice, they melt the bears’ habitat,” Roberts told me. “And as the ice melts, scientists predict that polar bear populations will be devastated.” 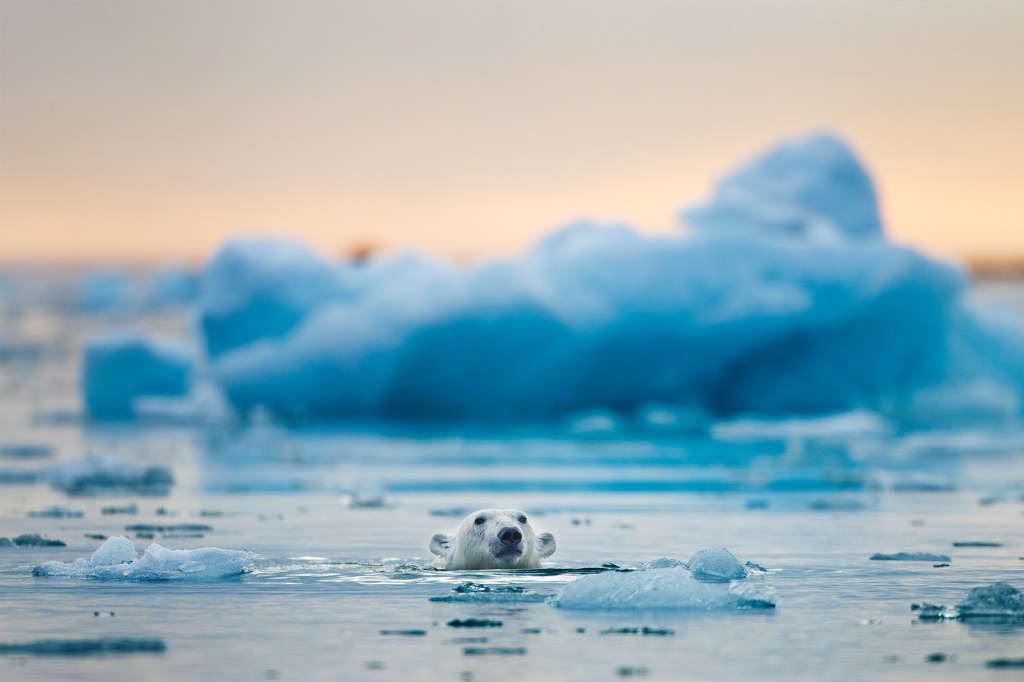 GOING FOR A SWIM An adult polar bear takes a dip near a glacier in Svalbard, Norway.

So I did some research. Global warming is caused by the burning of fossil fuels. This releases carbon dioxide into the atmosphere. Over the past 150 years, people have used more and more engines and other machines. These devices burn fossil fuels such as coal and oil. 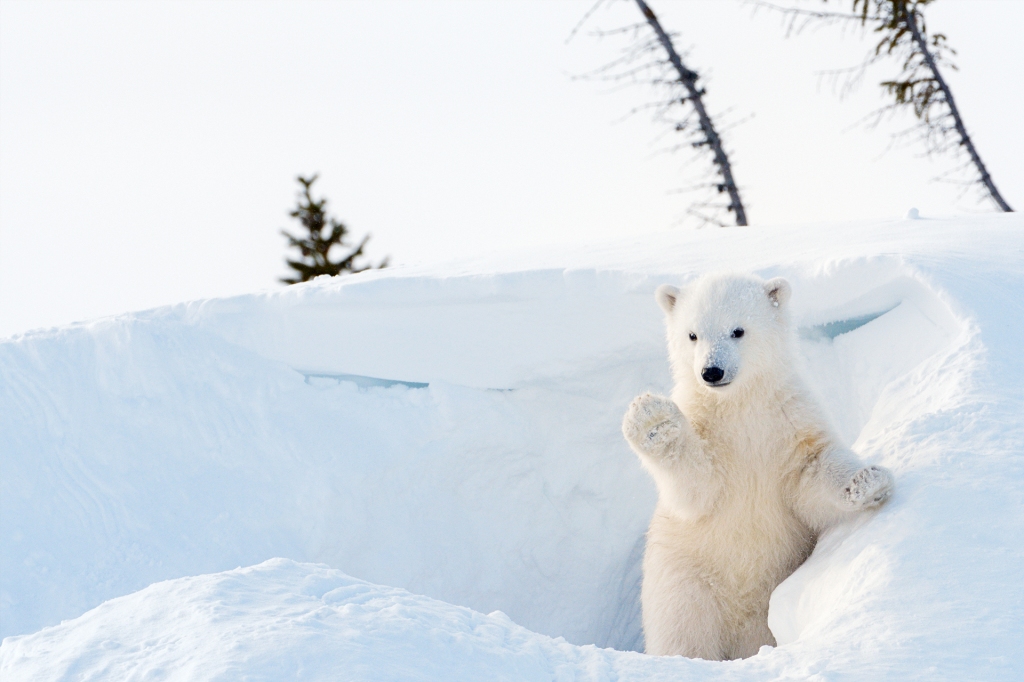 A CUTE CUB Polar bear cubs love to play. This fluffy one seems to wave hello from its den in Wapusk National Park, in Canada.

What’s being done about global warming? I checked in with Benjamin Wilson, an environmental lawyer, to find out. He told me that the United States government has laws that are “designed to protect people, animals, and the environment as a whole.” 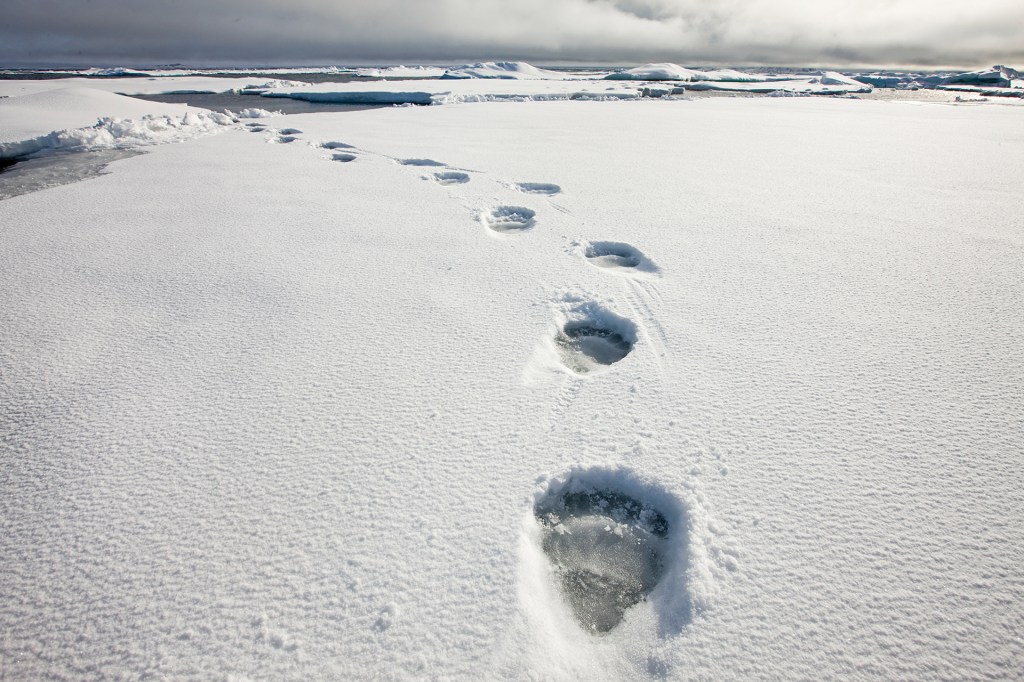 Wilson’s law firm works to make sure companies follow these rules. It also works with companies that are developing solar and wind energy. These energy sources will reduce the amount of fossil fuels people need and slow global warming—helping to save the polar bear’s habitat.

You Can Help, Too! 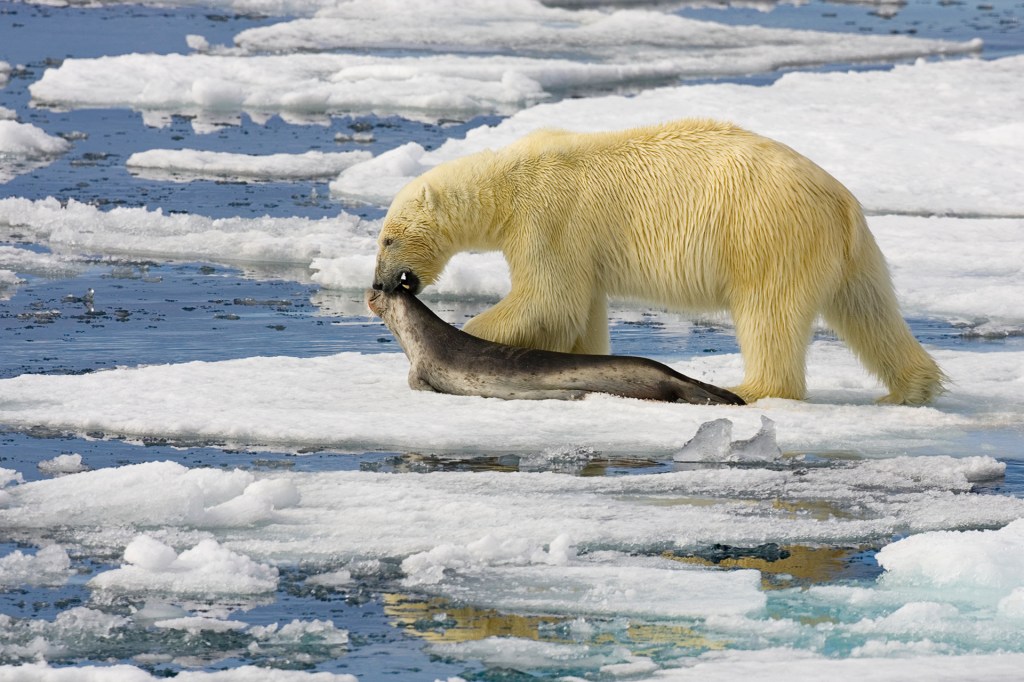 PREDATOR AND PREY Polar bears are carnivores. Ringed seals are one of their favorite foods.

Do you love polar bears as much as I do? You can help stop global warming and save their habitat. Here are some ways to reduce the burning of fossil fuels.

When traveling a short distance, ride a bike instead of riding in a car.

Turn off the lights when you leave a room.

Close doors immediately behind you, so heat doesn’t escape.