What do you imagine when you hear the word inventor? Many people picture Thomas Edison holding a lightbulb, or Alexander Graham Bell talking on the first telephone. But not all inventors are in our history books.

New inventions are being dreamed up and designed every day. Today’s inventors follow the same path that inventors did in the past: They identify a problem and create something to solve it. That can sometimes mean overcoming obstacles, but inventors always find a way.

TIME for Kids spoke to six young inventors who have done just that. They are improving the world and making history. 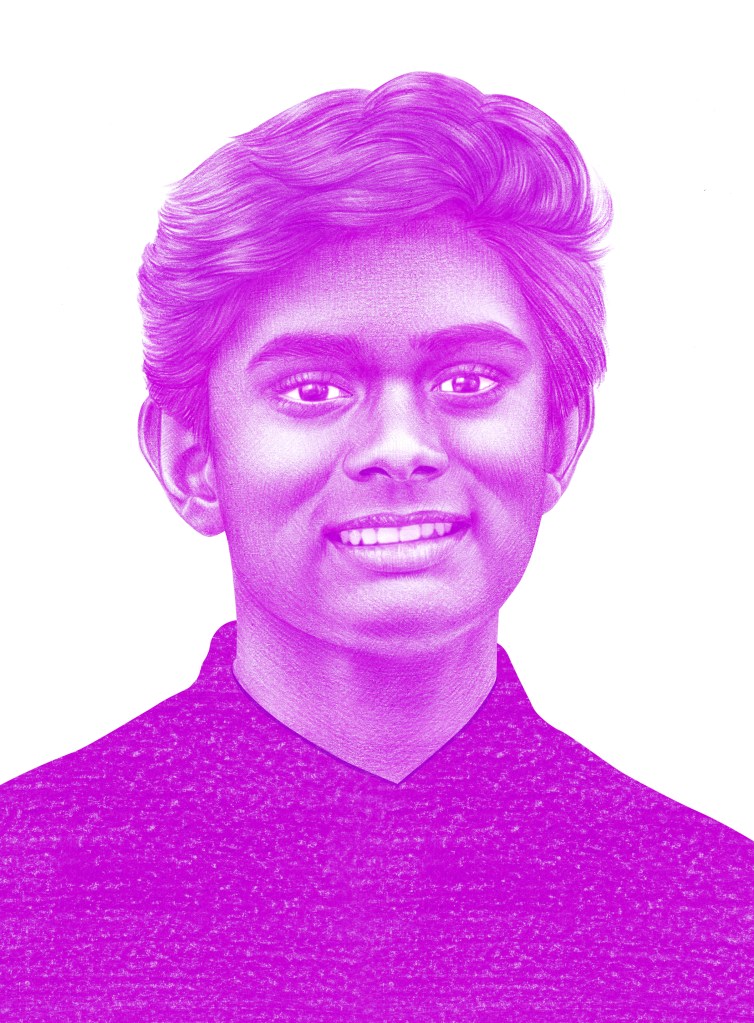 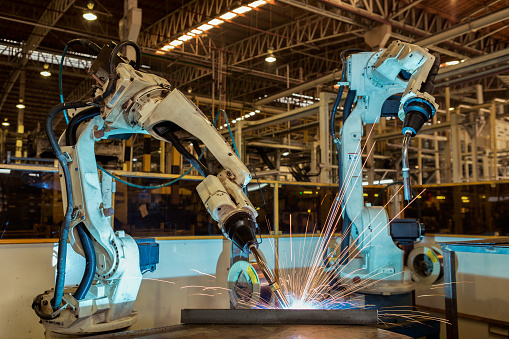 THOSSAPHOL—GETTY IMAGES the ability of machines to imitate human intelligence (noun) Artificial intelligence has made it possible to manufacture cars faster than ever before. (AI) came three years ago. He wanted to keep his little brother out of his bedroom and away from his Nintendo DS. So Neil built a device that could tell the difference between his brother’s face and his own, and lock or unlock the door accordingly. “In the very beginning, I was a tinkerer,” Neil told TFK.

Now 17, Neil has created two apps. One of them is PlantumAI. It uses data to help farmers detect and diagnose diagnose 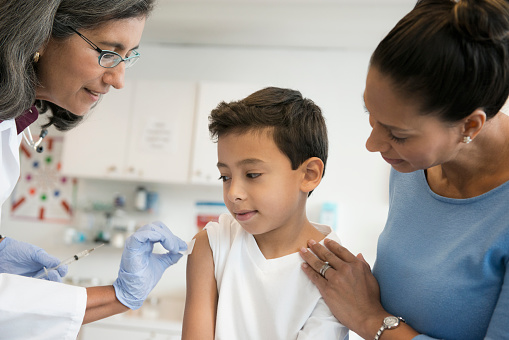 JOSE LUIS PELAEZ INC./GETTY IMAGES to identify a problem or disease (verb) Nate's doctor diagnosed him with the flu. crop disease. The other app is called VocalEyes. It describes photographs out loud for people who are blind or who have low vision.

Neil has a personal interest in the problems he’s chosen to tackle with his apps. In India, he saw the impact of crop disease on a village near where his parents were born. And his grandmother has low vision. He created VocalEyes with her in mind.

Neil lives in Pennsylvania. His work has won national and international awards in contests held by companies such as Google, T-Mobile, and General Motors. —By Rebecca Katzman 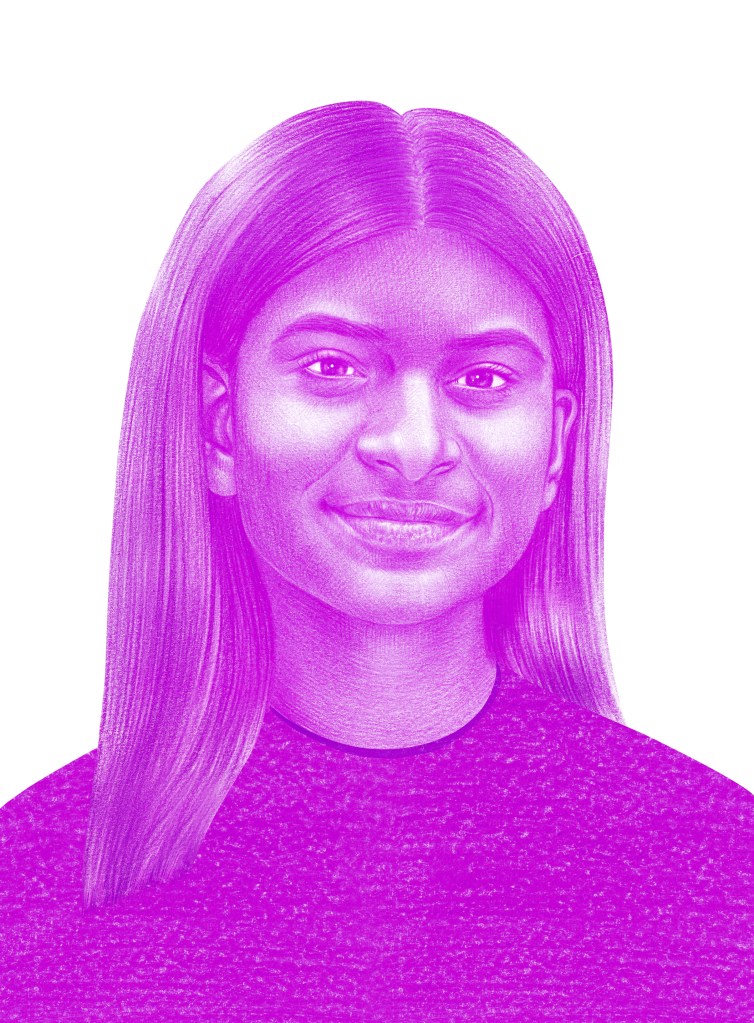 Riya Karumanchi knew a woman who was visually impaired. The woman used a white cane to get around. Riya was surprised that even with the cane, the woman struggled. She often bumped into objects that stood higher than knee level.

Riya assumed the cane came loaded with cutting-edge technology, but she soon learned that wasn’t true. “It’s just a stick,” she says. “My initial thought was like, ‘What? How is nobody working on this?’”

Riya decided to work on it herself. At age 14, she  engineered a device now called SmartCane. The cane uses sensors to spot obstacles and wet surfaces.  It vibrates to alert the user to a dangerous situation.  GPS navigation gives directions using vibration patterns and audio. And an emergency button acts as a lifeline, connecting the user to first responders or loved ones.

Riya is now 16 and a high school student in Canada. She’s also the founder and CEO of the SmartCane company. She hopes to one day distribute the device through the Canadian National Institute for the Blind. —By Shay Maunz 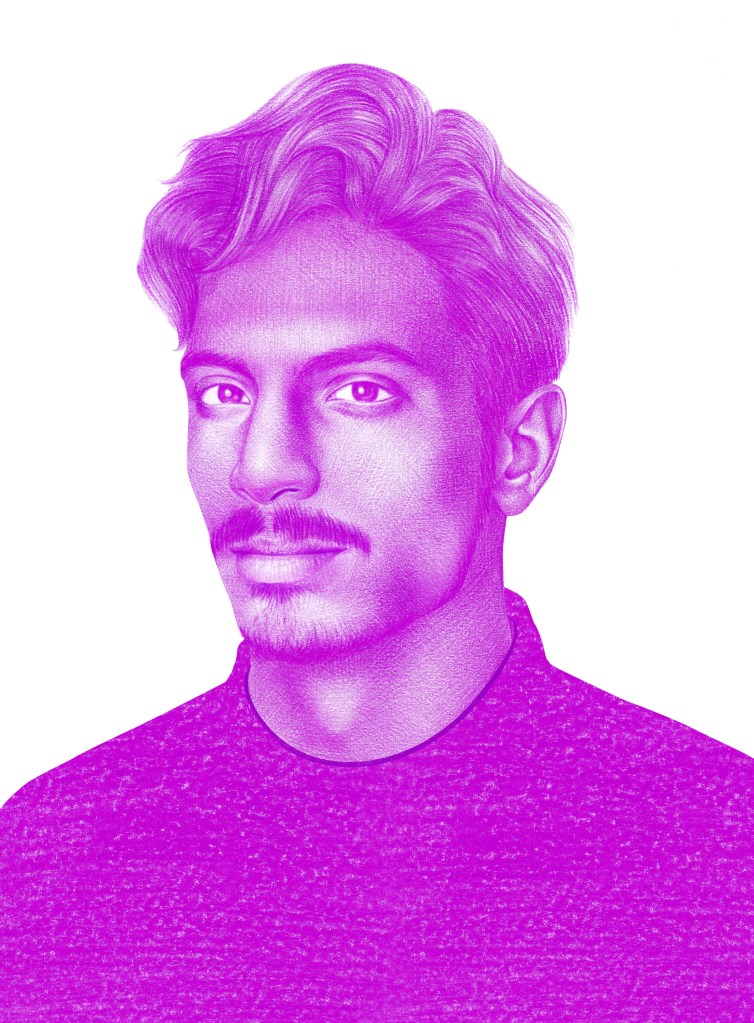 Shubham Banerjee loved Legos as a kid. But instead of using the classic plastic bricks to build castles or spaceships, he used them to create a product that could help people who are blind.

At age 12, Shubham needed to come up with an idea for a science-fair project. He was inspired by a flyer. It asked for donations for the blind. Shubham used the materials in his Lego Mindstorms EV3 robotics kit to create a Braille printer. It was much cheaper and lighter than any other Braille printer available.

A year later, Shubham and his parents founded  the company Braigo Labs Inc. He made a new, metal version of the printer with help from investors investor 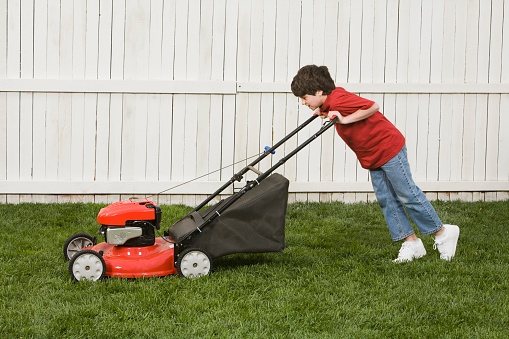 HILL STREET STUDIOS/GETTY IMAGES a person or group that contributes money (noun) Jordan's sister is an investor in his lawn-mowing business. . That printer would cost $350 to buy. Other Braille printers can cost $2,000.

Shubham is now 18. He’s studying business and engineering at the University of California, Berkeley. He has patents patent 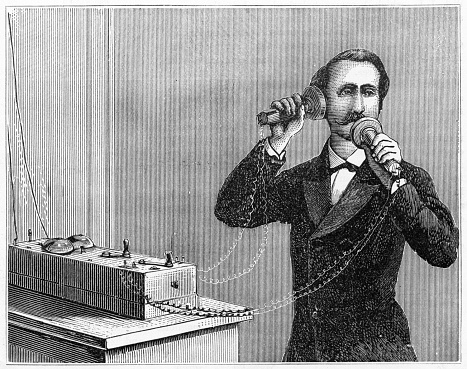 THEPALMER—GETTY IMAGES the official right to make, use, or sell something (noun) Alexander Graham Bell received a patent for the design of the telephone in 1876. for the Braigo printer. But he’s not sure what he’ll do with them. He says he might sell the company or “hold off until after my studies to grow my business.” —By Ellen Nam 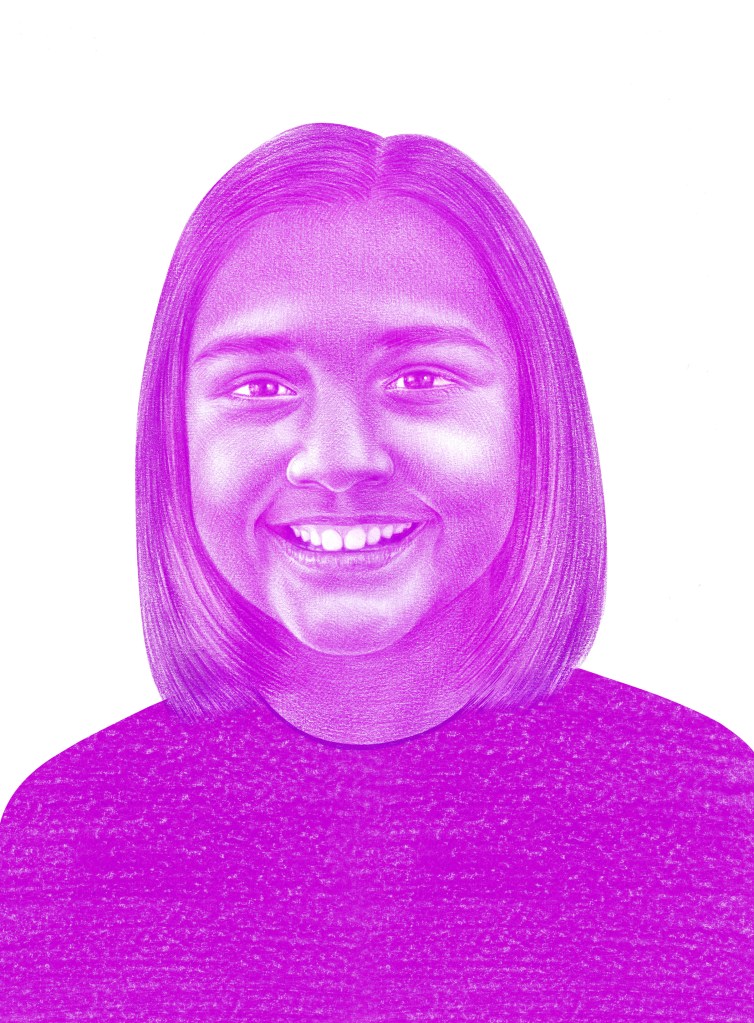 When she was 7, Gitanjali Rao used simple-machine concepts to invent a new kind of folding chair. Her  design didn’t work, but that didn’t stop her from  coming up with ideas. Now 14, Gitanjali is an experienced inventor. In 2017, she won the 3M Young Scientist Challenge for Tethys, a handheld device that detects lead in drinking water. Gitanjali invented it after learning about the water crisis in Flint, Michigan. “I really wanted to go after this problem,” she says. “Each and every one of us has a right to know what’s in our water.” 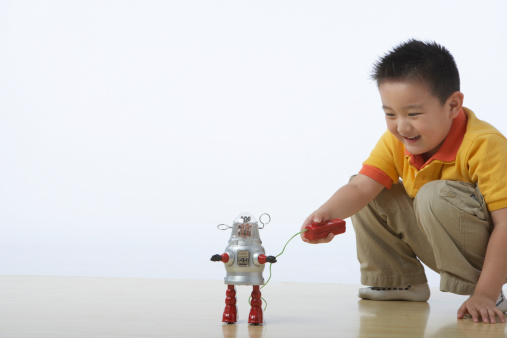 SEAN JUSTICE—GETTY IMAGES a series of tests in which consumers try an item before its release (noun) After beta testing, the company made some changes to the toy's design. began last year. “I’m going to throw a launch party at school,” the Lone Tree, Colorado, ninth grader says. “You need a party for everything.”

When not in the lab, Gitanjali enjoys teaching. Her “innovation sessions” have attracted about 20,000 kids. “My mom has always told me that I’m good at explaining complicated concepts in a super simple way,” she says. “I want to work with students to find and develop their passion for STEM.” —By Jaime Joyce

Warming Up the Water 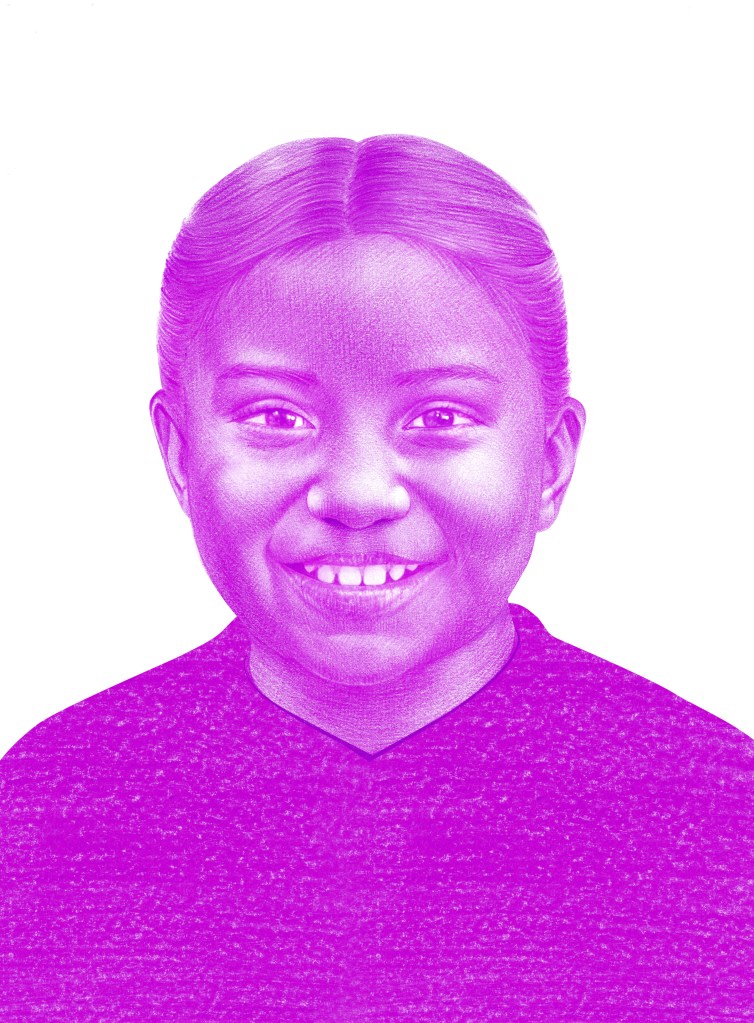 Xóchitl Guadalupe Cruz López grew up in a home that was often without hot water. So did many of the other residents of her hometown of San Cristóbal de las Casas, in Chiapas, Mexico. When she was 8, Xóchitl created Warm Bath. It’s a solar-powered water heater made from recycled materials. “People here have to take baths with cold water. They have a lot of diseases,” she says, through an interpreter. “I wanted to do something.” 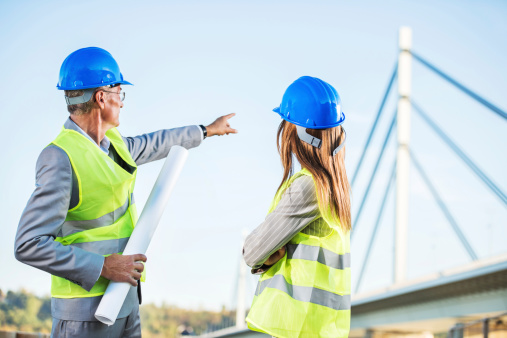 SKYNESHER—GETTY IMAGES a model (noun) Before construction began on the bridge, the architects built a prototype. is made of easy-to-get objects, such as water bottles, a rubber hose, and plastic connectors. It costs about $30 to assemble. Xóchitl is now 11. The next phase of development will study how the heater works at different altitudes in homes across mountainous San Cristóbal.

Xóchitl created Warm Bath with the National Autonomous University of Mexico’s adopt-a-talent science program, PAUTA. In 2018, Xóchitl was the first child to receive the university’s Institute of Nuclear Sciences Recognition for Women award. When she found out, “the only thing I could think about was telling my parents and my brother,” she says. —By Constance Gibbs 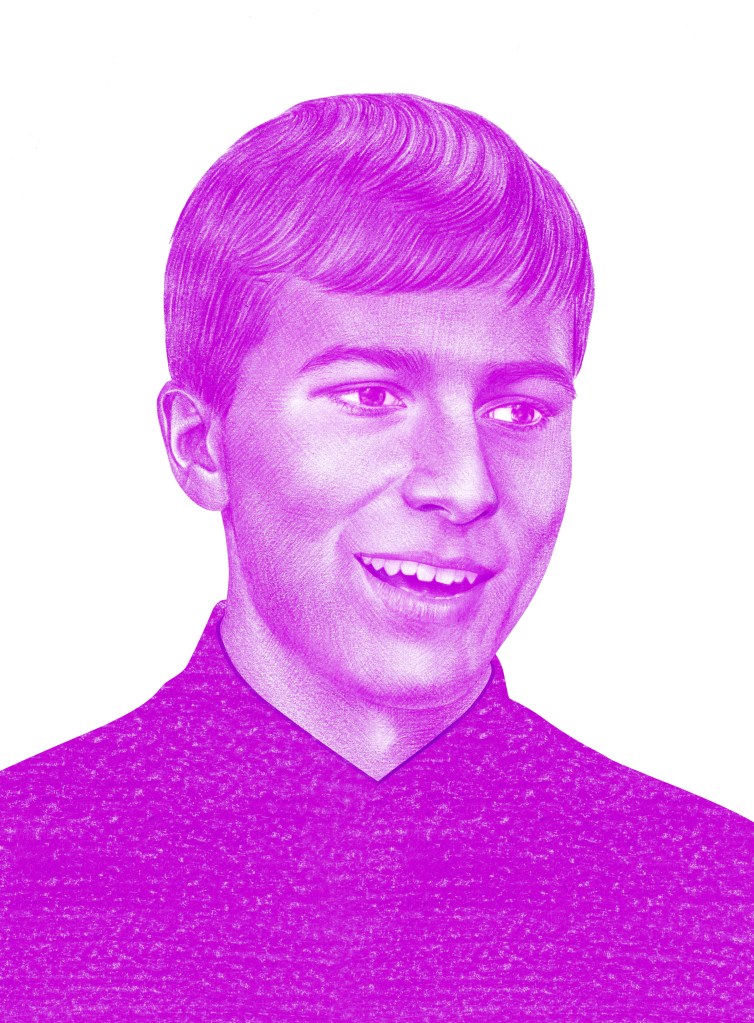 Fionn Ferreira, 19, has always loved the sea. As a kid growing up near the ocean, in Ireland, he often went kayaking and volunteered at beach cleanups. And he’s always loved science. His two passions met in 2017, when he began looking for an eco-friendly way to remove microplastics from water.

The process Fionn developed won him the 2019 Google Science Fair. His method uses a magnetic liquid called ferrofluid. When added to water, ferrofluid sticks to microplastics. Magnets can then be used to remove the ferrofluid from the water, along with more than 85% of the microplastics, according to Fionn.

Fionn built most of the tools he needed to test his method at home. There were hiccups along the way. “Some worked, some didn’t, some things blew up, some caught fire,” he says. “The fuses of our house were constantly blowing!”

Fionn wants to continue his research and inspire more kids to get involved in STEM. “The more people who have engaged in science,” he says, “the more ideas we generate.” —By Karena Phan