Return of the Cicadas

Parts of the eastern United States and Midwest will witness an extraordinary natural event this spring. Trillions of Brood 10 cicadas are expected to emerge in mid-May after 17 years underground. They'll likely be around until late June or July.

They come out to mate. Across 15 states, the cicadas will create a buzz as loud as a lawn mower—their mating call. It's the male cicada that's making all that noise, Michael Raupp told TIME for Kids. Raupp is an entomology entomology 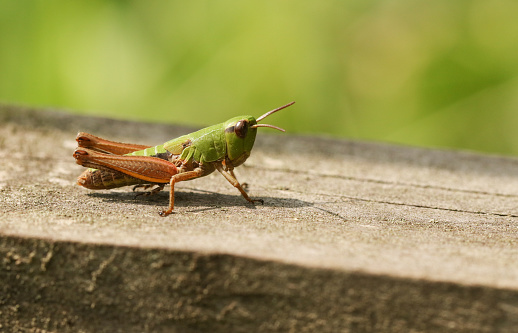 SANDRA STANDBRIDGE—GETTY IMAGES the study of insects (noun) Jack's fascination with grasshoppers got him thinking about a career in entomology. professor at the University of Maryland, College Park. "It's going to be a big boy band up in the treetops," he says.

Cicadas are believed to come out in huge numbers to overwhelm predators. Within a few weeks, females will lay hundreds of eggs, and then, as suddenly as they appeared, the cicadas will die. Their offspring, having tunneled into the ground, won't come out for another 17 years.

"This unique event happens nowhere else on the planet," Raupp says. "The abundance of these cicadas is going to be amazing."

Brood 10 is a family of what are known as periodical cicadas, meaning they come out once in a while­ instead of every year or every few years. Their rare appearance in such huge numbers is what makes them fascinating, Raupp says. "I think that's part of the mystery, and what makes them so magical."

The cicadas emerge when soil temperatures reach 64°F. They crawl out from under the ground and fly up into trees. If you're standing outside, one might land on you. But don't worry: Cicadas aren't dangerous. The insects don't bite or sting. They might just give you a friendly little poke.

Up in the trees, female cicadas lay their eggs. After their mission is accomplished, the insects fall to the ground and die.

About six weeks later, the eggs develop into nymphs, or young insects, which tumble out of the trees and dig themselves into the earth. That's where they'll spend the next 17 years, feeding on root sap until they're ready to come out again. 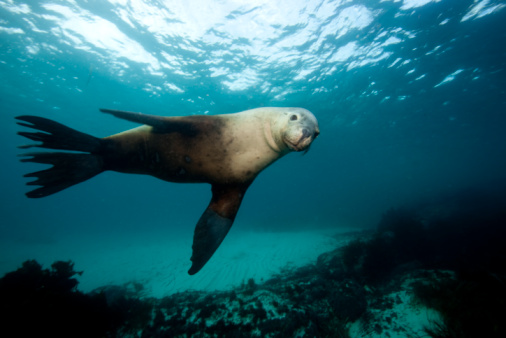 STEPHEN FRINK—GETTY IMAGES the process of one living thing killing another for food (noun) Seals are vulnerable to predation by sharks. , there's going to be romance. There are going to be songs. Just go out and enjoy these things. This is only going to happen a handful of times in your lifetime."