Benjamin Franklin (January 17, 1706—April 17, 1790) was a scientist, an inventor, a writer, and a statesman. He helped draft the Declaration of Independence and the U.S. Constitution.

Benjamin Franklin was born in Boston on January 17, 1706. He learned to read at an early age. But his father, Josiah Franklin, pulled him out of school when he was 10 years old. He sent Ben to work in the family candle and soap shop. Ben grew restless with the work. When he turned 12, his father sent him to work in a printer’s shop. It was owned by Ben’s older brother, James.

Ben learned all about the newspaper business. At the time, printing was done by hand. The printer laid out the page letter by letter on a printing press. Ben learned how to build sentences with care. He also learned to write. He wrote political essays. He did not sign his name to the essays. Instead, he signed them Silence Dogood. This was so readers would think they were written by an ordinary person in the town. But his brother James did not want Ben to write. He often beat him. So at 16, Ben fled to Philadelphia. He would call the city home for the rest of his life.

Franklin became known in Philadelphia as a hardworking young man. In 1728, he and a friend opened a print shop. Then in 1729, he bought the Pennsylvania Gazette. He turned it into the most widely read newspaper in the American colonies. At the time, newspapers were the best way to spread ideas. Newspapers spread the ideas that would eventually bring about the American Revolution.

Over the years, Franklin became even more well-known. In 1732, he began publishing the yearly Poor Richard’s Almanack. He wrote in the voice of a farmer named Poor Richard. The almanac contained weather forecasts, information about astronomy, poetry, and other amusements. It became famous for its folksy proverbs. Two of the most famous proverbs are “No pains without gains” and “Early to bed, early to rise, makes a man healthy, wealthy and wise.” 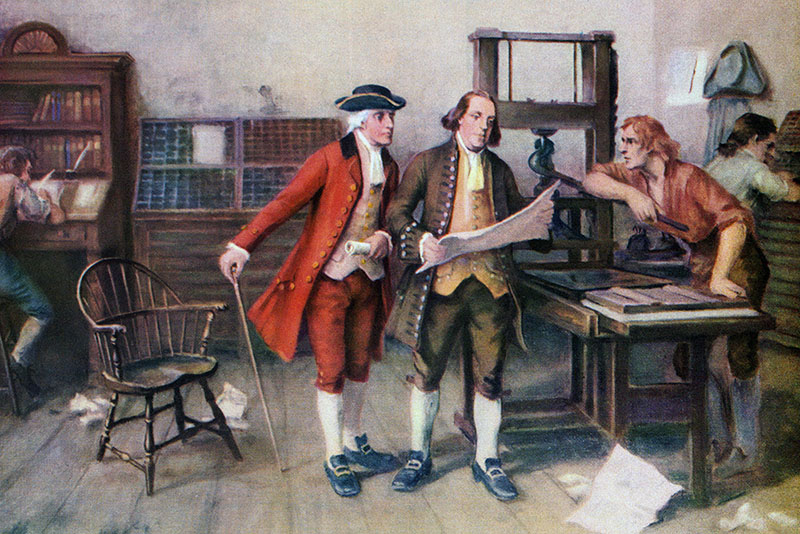 Franklin became one of the richest men in Pennsylvania. In 1748, he retired from the print business. He wanted to devote his time to science. His famous kite-and-key experiment in 1752 demonstrated that lighting was electricity. He invented the lightning rod. Some of the terms he coined are still used today, such as battery, charge, and electrify. He also invented bifocal eyeglasses and maybe even the first rocking chair.

In 1751, Franklin was elected as a representative to the Pennsylvania Assembly. He was reelected every year until 1764.

In March 1765, the British government passed the Stamp Act. This made the North American colonists angry. The act required that the colonists pay a tax on printed materials. The colonists used a lot of printed material. They used print documents for business and legal matters. At the time, Franklin was living in London. He was Pennsylvania’s agent in Britain. He went before the British Parliament to condemn the tax. The bill was repealed in 1766.

Franklin was elected to the Second Continental Congress in 1775. He believed the American colonies should separate from English rule. In 1776, he joined a committee to draft the Declaration of Independence. He then traveled to France. There, he negotiated a treaty. France agreed to lend the colonies money and soldiers to fight the war against Britain. After the war, Franklin went to Britain with John Adams and John Jay. They negotiated terms of peace with Britain. This led to the Treaty of Paris in 1783.

In 1787, Franklin represented the state of Pennsylvania at the Constitutional Convention. The purpose of the convention was to draft the U.S. Constitution. At 81, he was the oldest delegate. He went on to serve as president of the Pennsylvania Society for Promoting the Abolition of Slavery. Franklin once owned a slave. But in 1790, he urged Congress to abolish slavery in the U.S.

Franklin died on April 17, 1790, in Philadelphia, Pennsylvania. His memoirs were published the following year. They are known today as The Autobiography of Benjamin Franklin. 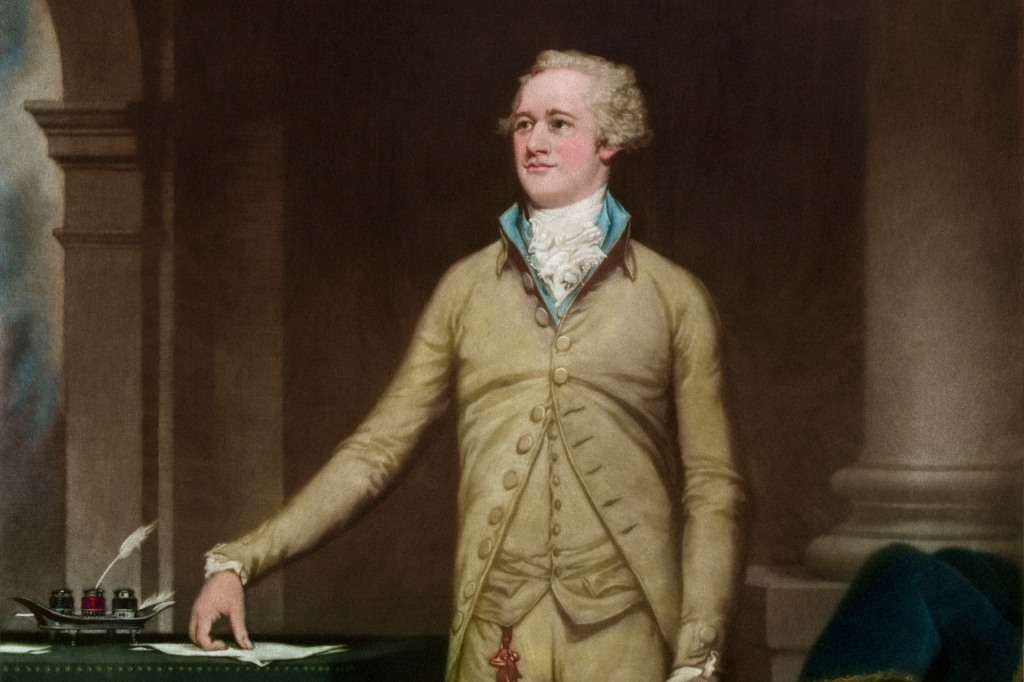 Alexander Hamilton (January 11, 1755 or 1757—July 12, 1804) is one of America’s most influential Founding Fathers. In his short life, he served as a delegate to the Constitutional Convention, was the first U.S. secretary of the treasury, and established… 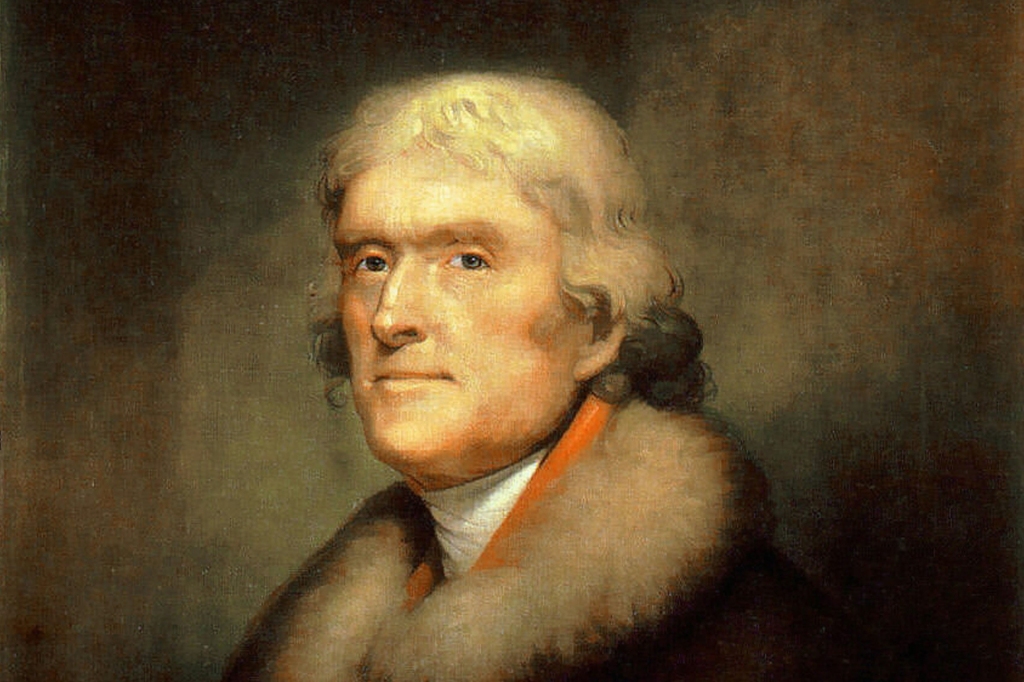 Thomas Jefferson (April 13, 1743–July 4, 1826) was one of the Founding Fathers of the United States. He drafted the Declaration of Independence. He served as the country’s first secretary of state. He was elected the third U.S. president. As…