How do you fly a SpaceX Crew Dragon? Climb aboard, strap yourself in, close the hatch, and fly into space. The Dragon takes care of everything, so relax and enjoy the ride. Unless something goes wrong. And in space, something always can.

How do you prepare for that? Spend months training. Master hundreds of pages of procedures. Learn the many systems aboard the spacecraft. And train for emergencies.

“In a multiday mission, there is a lot of time for a lot of things to go wrong,” Jared Isaacman says. He’s the CEO of the online payment service Shift4 Payments. Isaacman will be commanding the Inspiration4 mission. It is scheduled to launch on September 15. He and three other civilian, or nonprofessional, astronauts will spend three days in orbit. 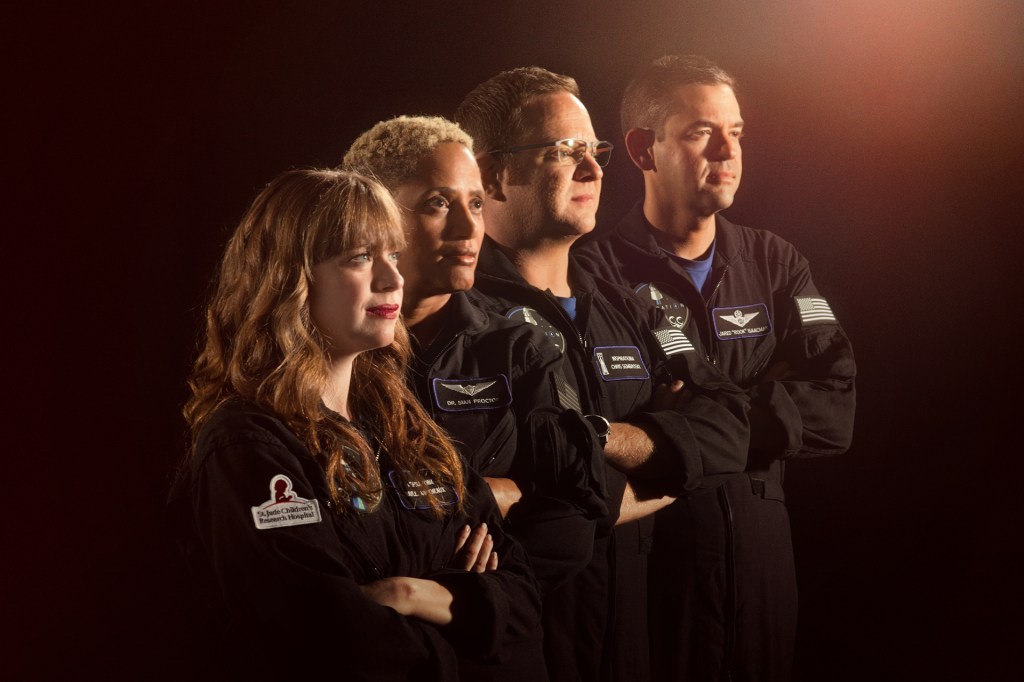 SPACE TRAVELERS The Inspiration4 crew is the first all-civilian team of astronauts to blast off into orbit.

Inspiration4 is the world’s first all-civilian mission to orbit Earth. Isaacman will be joined by three others. They are Chris Sembroski, Sian Proctor, and Hayley Arceneaux. (See “Meet the Crew.”) Isaacman hopes the Inspiration4 mission will raise money and awareness for St. Jude Children’s Research Hospital. The hospital researches and treats childhood cancers and other life-threatening diseases.

A New Kind of Training

The astronauts have practiced for all the possibilities of what can happen in space. This takes a new kind of training. Older space capsules were designed differently. Their instrument panels had hundreds of buttons. Their simple onboard computers were controlled by a keyboard. The commander flew those ships similarly to how you’d fly a plane. He or she used a control stick. The Dragon’s designers replaced almost everything with three large touch screens. Even the control stick. Each screen can call up 10 sets of displays. 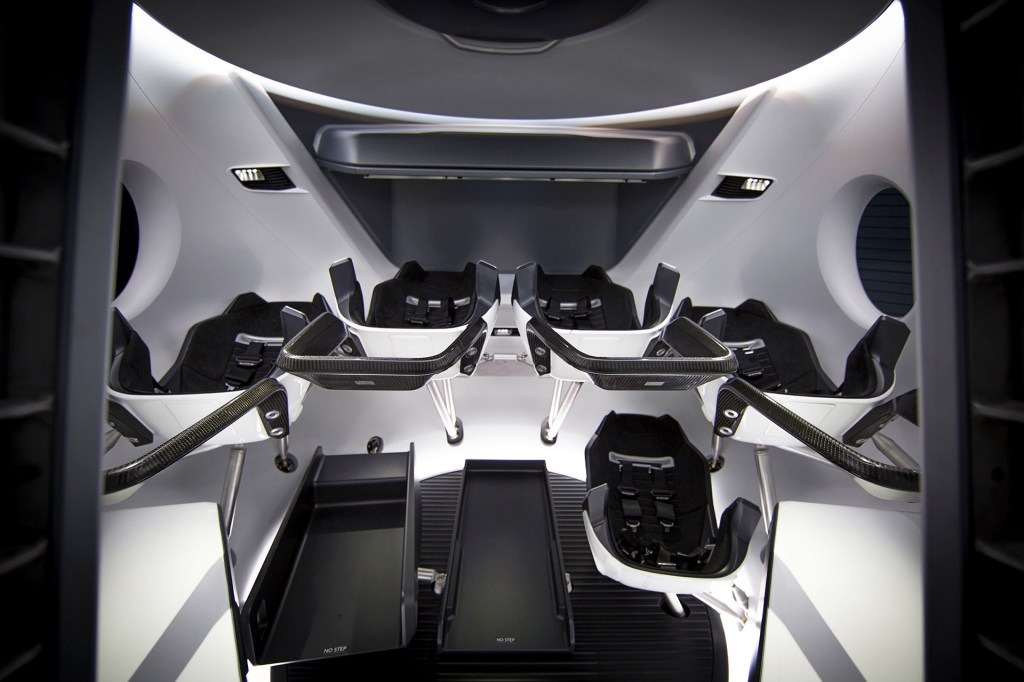 ALL ABOARD The Crew Dragon has seats for seven people.

Ideally, the spacecraft helps the astronauts so much that they have almost nothing to do. It runs on its own. “And if the automation doesn’t take care of a problem, then the ground is your next layer of defense,” Doug Hurley says. He was commander of the first crewed SpaceX mission. He’s talking about the SpaceX ground controllers. They solve problems. And they issue commands to the spacecraft from mission control on Earth. Only if the Dragon fails to look after itself would the astronauts take over.

That’s also the case when it comes to flying the craft. The Dragon has a program that requires no help from the astronauts. On Hurley’s flight, he took over near the International Space Station (ISS). But only to make sure the manual manual 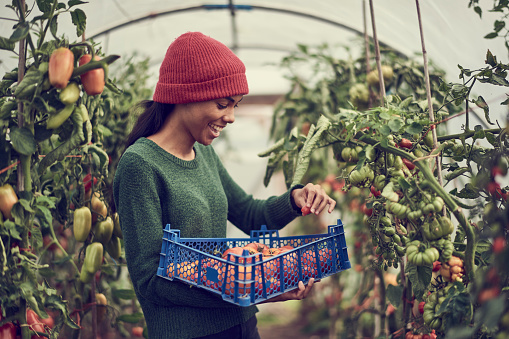 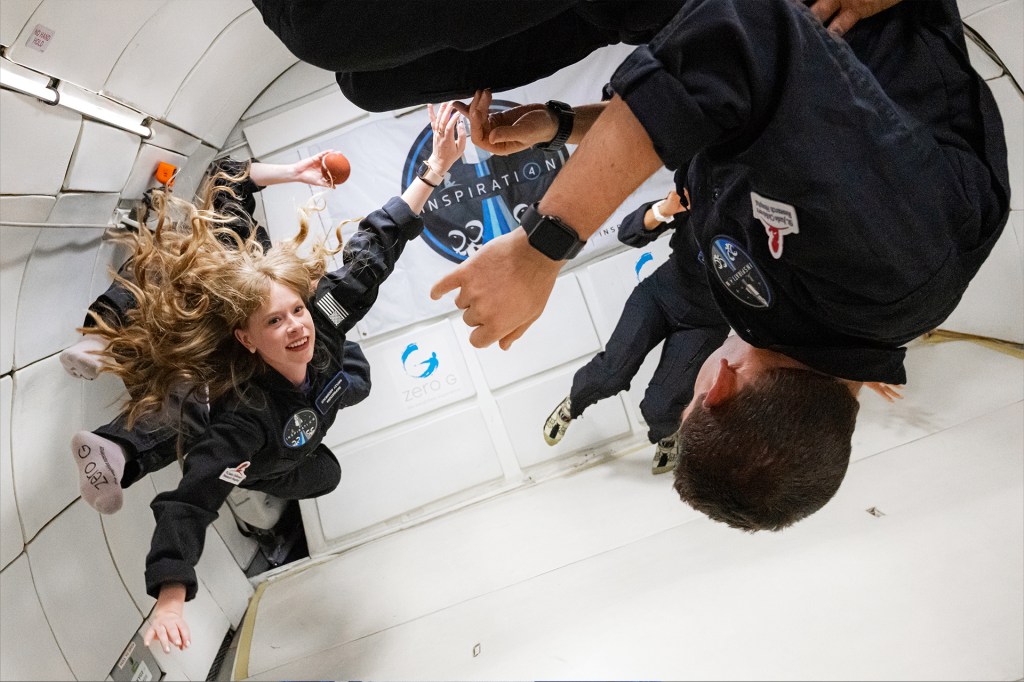 GOODBYE GRAVITY The Inspiration4 crew trains on a zero-gravity flight on July 11.

Learning to fly the Dragon by hand can take some doing. Removing the control stick and replacing it with a touch screen might make for a more elegant spacecraft. But it also removes a physical connection a pilot has to his or her vehicle. “When you’re flying off soft keys on a touch screen, it’s a totally different feel,” says Isaacman. “A lot of muscle memory is lost.” Isaacman is a licensed jet pilot. So he knows what he’s talking about. He says moving the stick creates an instant response. But with the touch screen, there’s some delay.

Some emergencies require in-person human action. And they need it right away. Fires can break out. Crew members on Russia’s Mir space station had to battle a blaze in 1997. This can happen when a battery overheats. And there are a lot of batteries aboard the Dragon. 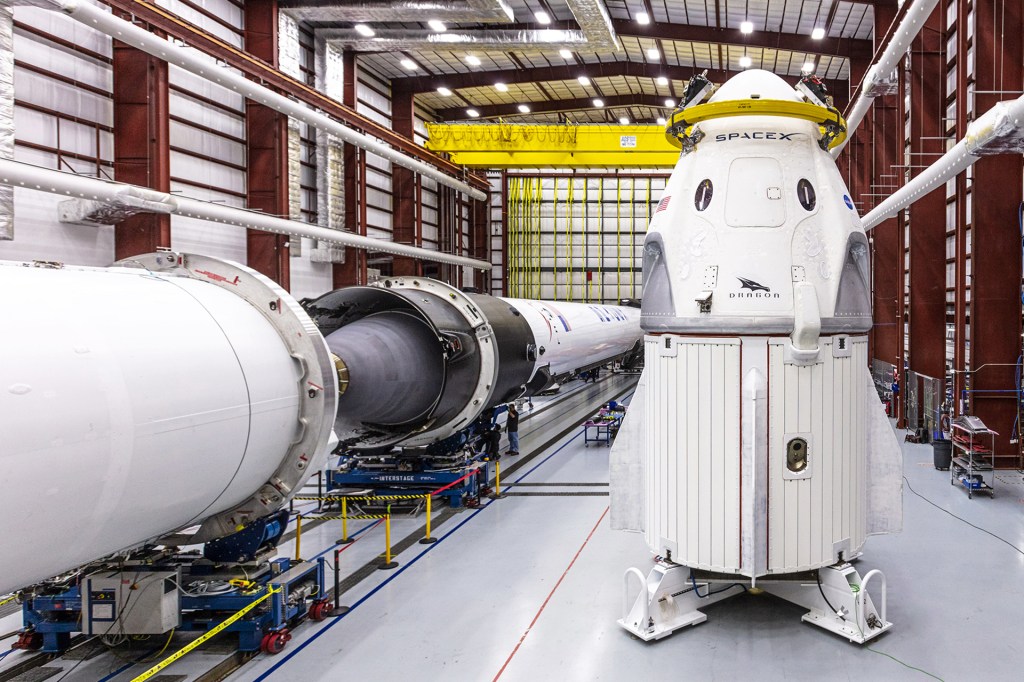 There’s also the risk of depressurization. This is when the air inside the craft changes. Some of it escapes into space. If this happens, crew members need to find the leak. They must seal it off while scrambling into their suits. A launch emergency might happen, too. And the Dragon’s guidance system could fail.

Finally, there are risks in the simple number of days the Inspiration4 crew will spend in orbit. Crews heading for the ISS fly there directly. They are usually aboard within a day or so of launching. The Inspiration4 crew will be in orbit for three days. But the passengers won’t join the ISS. Their craft will orbit above it. Every day on their own will be another day when something can go wrong. 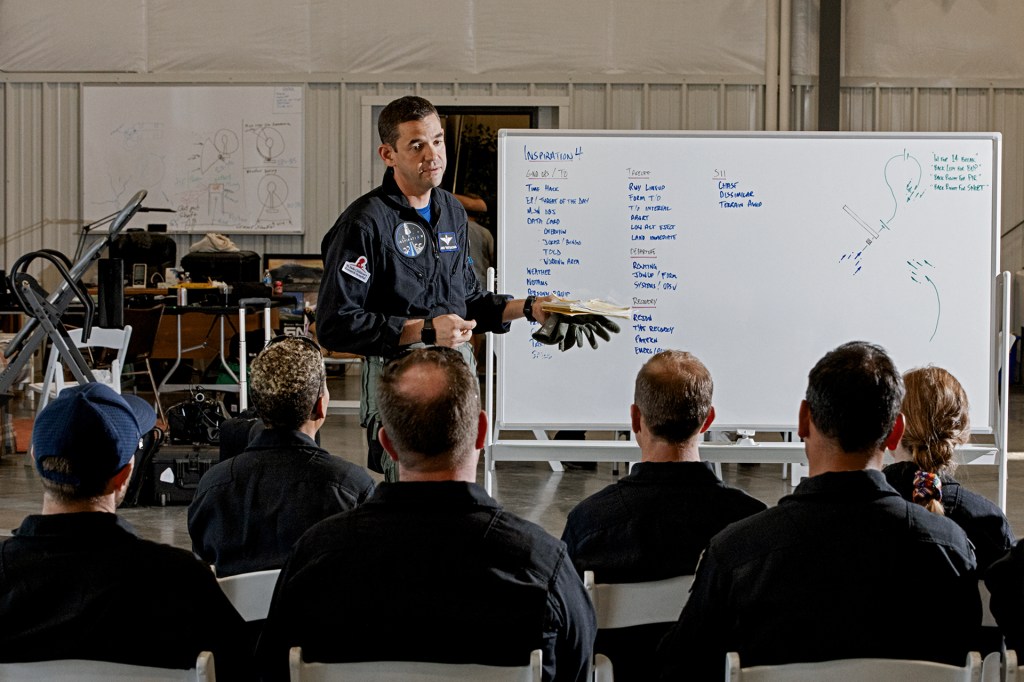 Ideally, no problems would occur on any mission. So far, SpaceX’s Dragon has made three flights with crews. Nothing major has gone wrong on any of those flights. But space is a dangerous place. The Inspiration4 crew has to be as prepared as possible.

Isaacman understands the risks. But he feels good about the progress that the Inspiration4 crew has made. “I think we’ve definitely arrived at the point where we’re ready,” he says. “This is going to be a well-executed mission.”