We asked TFK Kid Reporters to read and review some of the season’s best books. Here’s what they had to say. 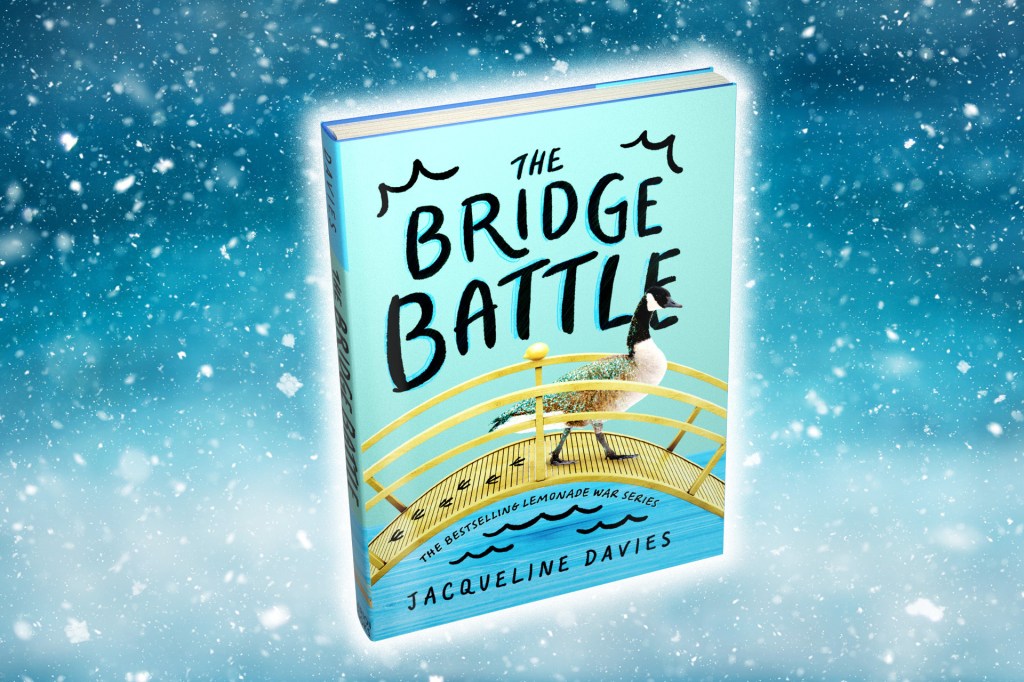 The Bridge Battle, by Jaqueline Davies, is a captivating story about kindness and determination. Evan, a rising fifth grader, is good at making friends. His sister, Jessie, is a science lover. When they wind up in the wrong places for the summer, Evan is bullied on the playground, while Jessie is stuck at camp with kids who prefer fairy houses over STEM projects. Will the siblings stay true to themselves despite their circumstances? Readers who enjoy realistic fiction and humorous novels will love this book. —By TFK Kid Reporter Shaivi Moparthi 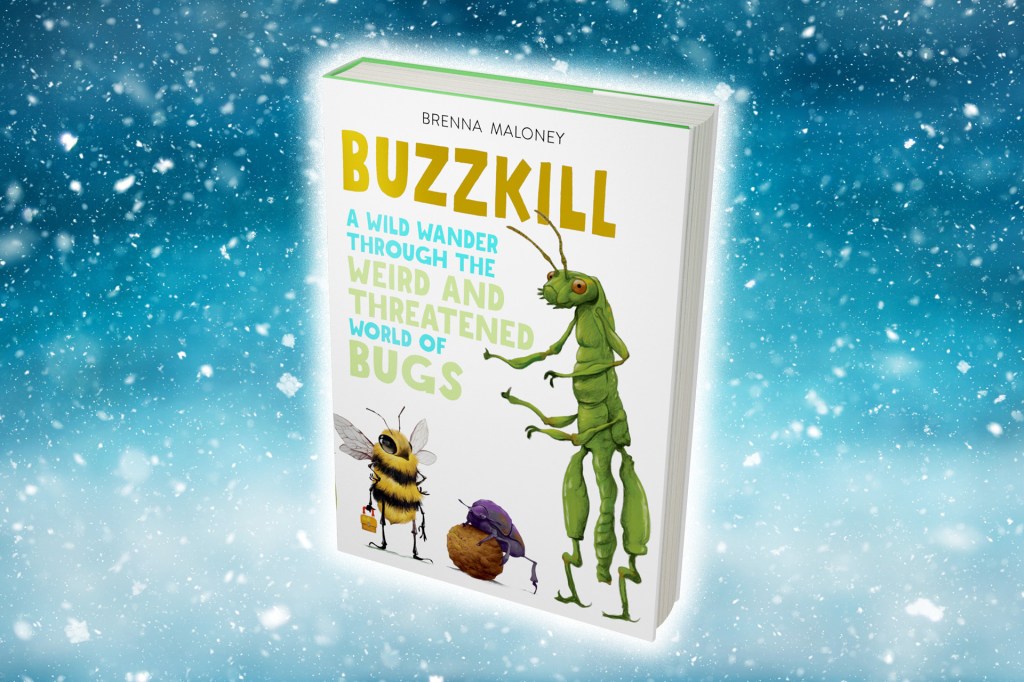 Did you know that a cockroach can live 168 hours without its head? Or that microscopic mites hang out in your eyelashes? Buzzkill, by Brenna Maloney, is filled with amazing facts like these. To some readers, the tidbits may seem gross. But it’s important to know about the insects that share our planet. This informational book is for readers of all ages who want to learn more about these fascinating creatures and why they’re essential to life on Earth. —By TFK Kid Reporter Kellen Bhatt 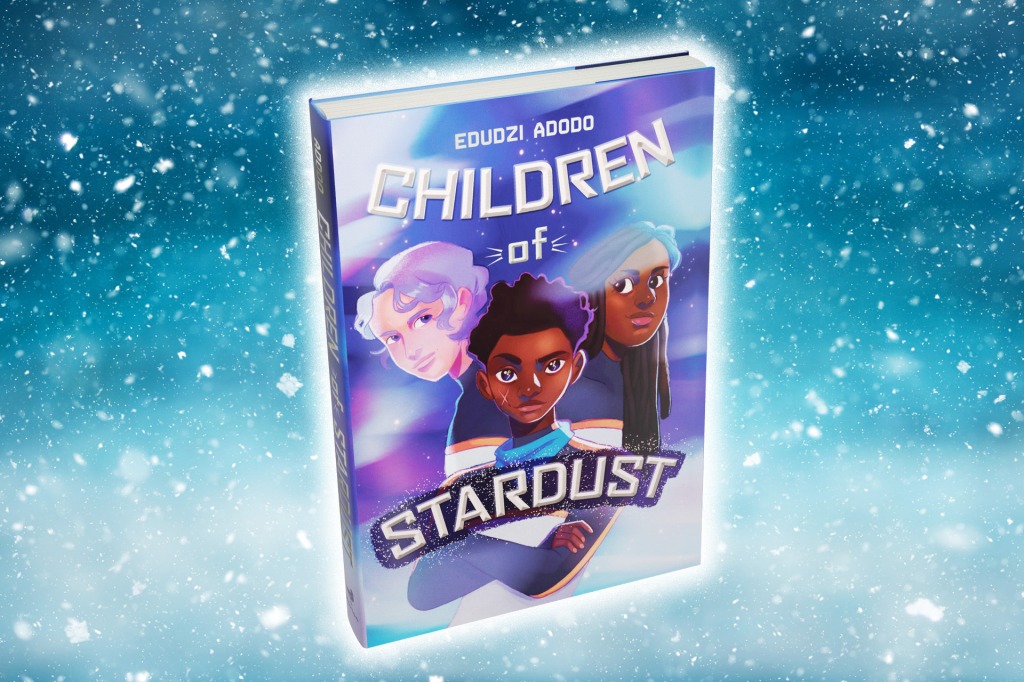 Zero dreams of becoming a Saba—part of a guild of explorers who travel outer space in search of lost artifacts and criminals. When he stumbles upon the Jupiter Kobasticker, he’s given the power of electricity. He’s also sent on a special mission. Along the way, Zero and his friends Camih and Ladi encounter clues, danger, and betrayal. In Children of Stardust, by Edudzi Adodo, readers are immersed in intergalactic adventure. They’ll connect with Zero and learn that happiness can be as simple as the feeling of belonging. —By TFK Kid Reporter Elisha Lee 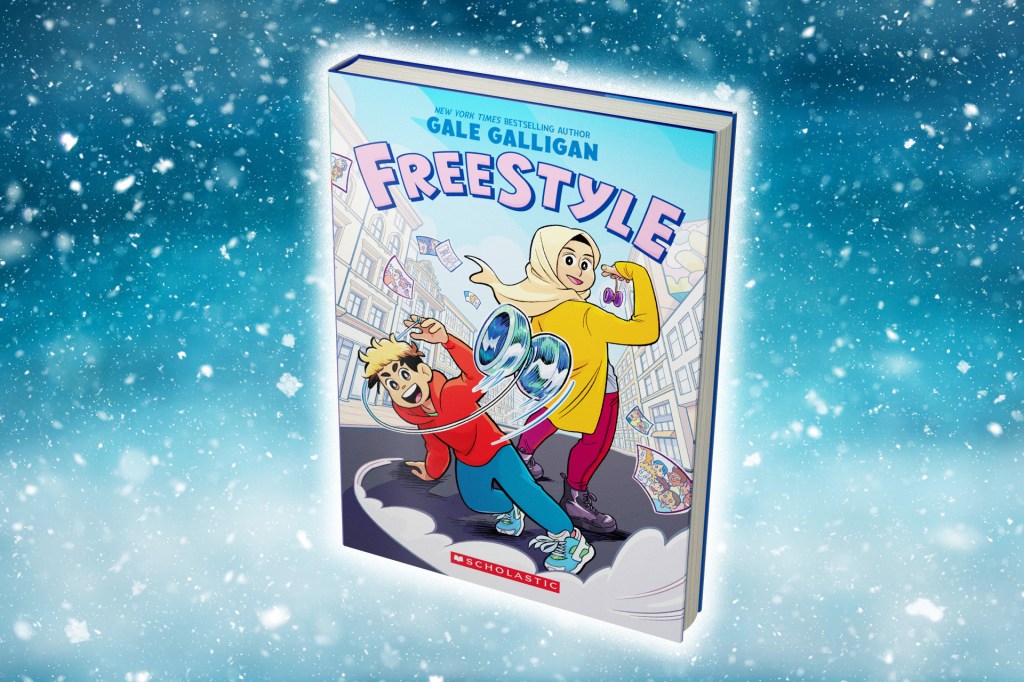 Cory Tan, in Gale Galligan's Freestyle, belongs to a dance group called Eight Bitz. The dancers are training for their last competition before graduating from eighth grade. Cory’s grades begin to suffer. So his parents hire Sunna, a girl at the top of Cory’s class, to tutor him. When Cory finds her practicing yo-yo tricks, he wants to learn some too. His friends feel betrayed. Can they keep their dance dreams alive? Kids who like action-packed graphic novels will enjoy this story of friends working through challenges together. —By TFK Kid Reporter Shaan Glazer 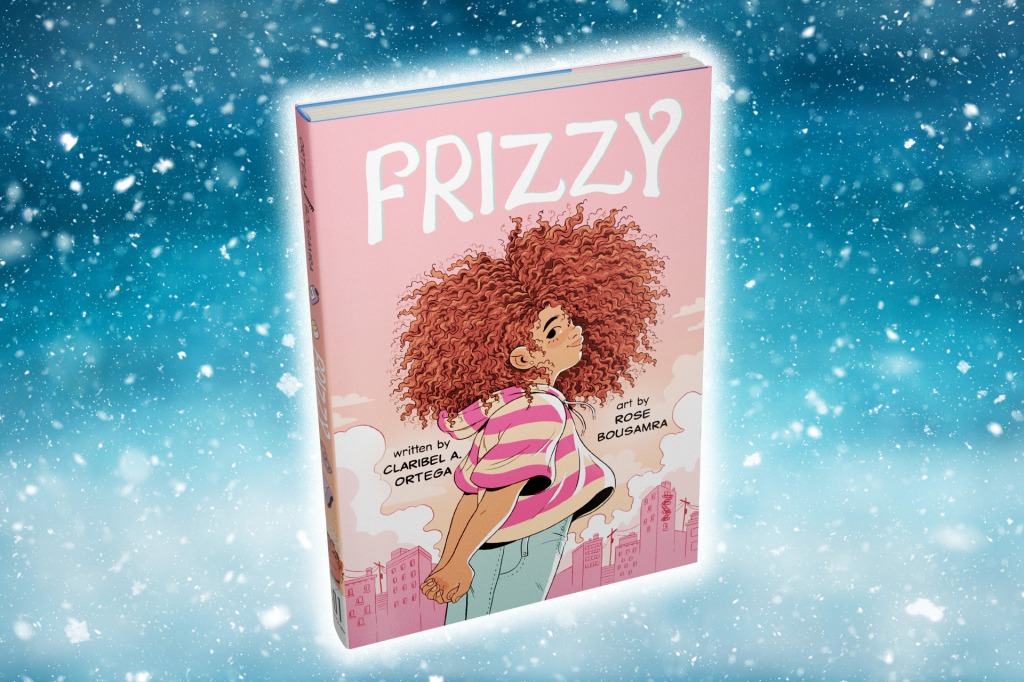 In Marlene’s family, there’s a fine line between “good” and “bad” hair. That’s why her mother drags her to the salon every Sunday: to straighten Marlene’s frizzy hair. But Marlene soon realizes she loves her curls. She wishes she didn’t need a salon in order to be accepted. Frizzy, by Claribel A. Ortega, with illustrations by Rose Bousamra, is a graphic novel about identity and having the confidence to overcome others’ expectations. Fans of books by Raina Telgemeier will enjoy Marlene’s journey. —By TFK Kid Reporter Sarayu Bhumula 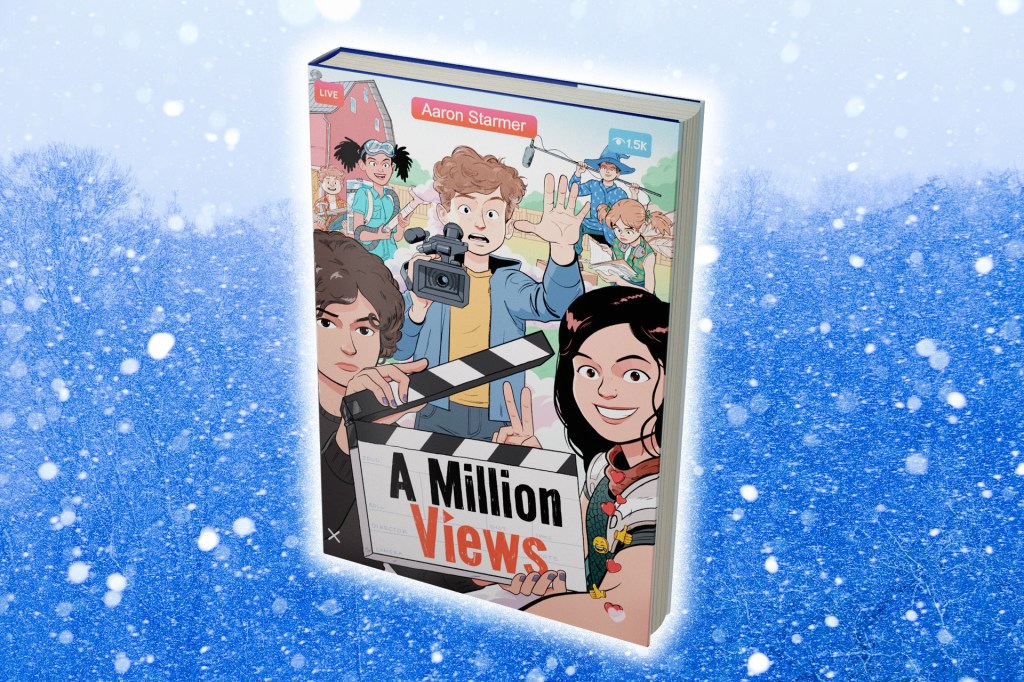 Brewster Gaines is an energetic tween. He wants to be like his favorite YouTube stars and garner a million views with one astonishing video. But Brewster comes to understand it doesn’t matter how many views your video gets. What matters is the crew you team up with to make those videos. Readers who appreciate a story that touts the power of a solid friendship will find themselves unable to put down this page-turning novel by Aaron Starmer. A Million Views focuses on the joy of life beyond the Internet. —By TFK Kid Reporter Mason Langer 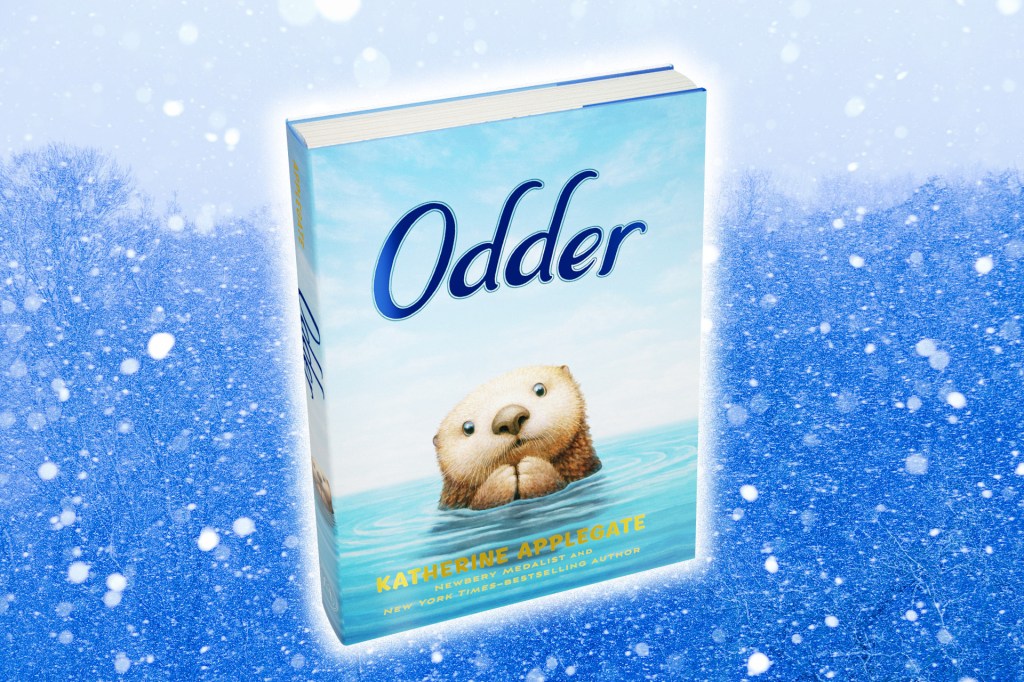 Odder is a sea otter who loves to somersault and swim in the ocean. After her mother is swept away by a storm, Odder is rescued. Eventually, her caretakers release her back into the wild. Things are going well until Odder meets a great white shark. She’s rescued once more. Will Odder ever see the ocean again? This book, by Newbery Medalist Katherine Applegate, is written in free verse. It’s based on a true story from the Monterey Bay Aquarium, in California. Anyone who loves animals and rescue stories should read it. —By TFK Kid Reporter Audrey Kim 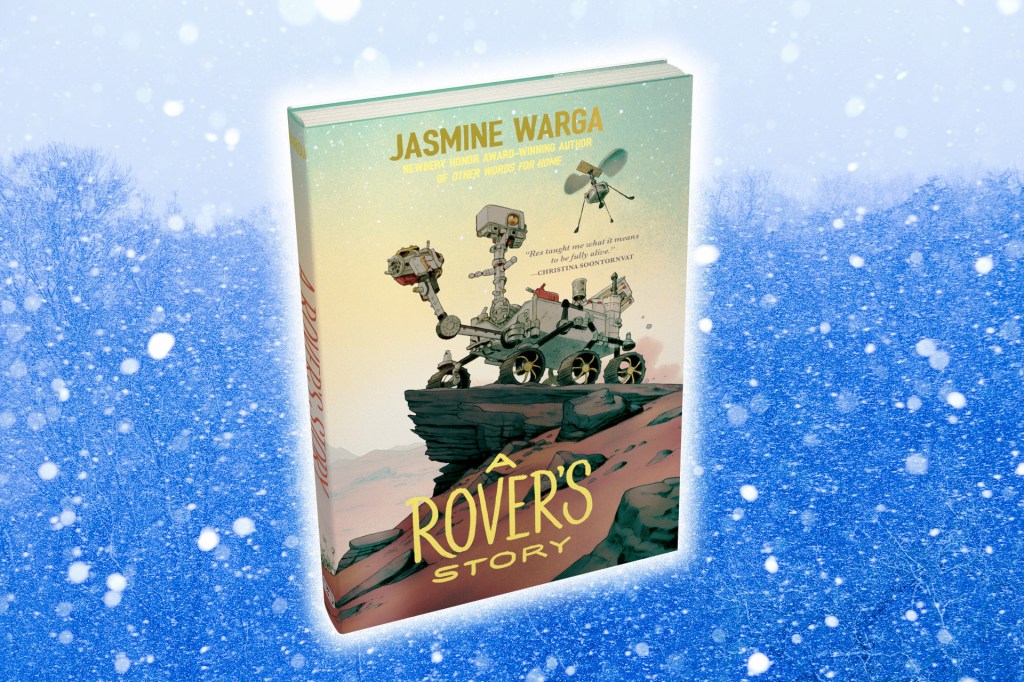 A rover named Resilience is determined to succeed on his perilous journey to Mars and back. That’s what he was programmed for. But during assembly, he develops humanlike emotions. Will his unusual feelings help him on his adventure? Or will he fail and go offline? A Rover’s Story, by Jasmine Warga, shares a tale of space exploration from the perspective of a rover. It features heartfelt characters like Resilience and his robot friends. Science fiction and regular fiction lovers alike will appreciate this book. —By TFK Kid Reporter Zarita Asgar

Tangled Up in Nonsense 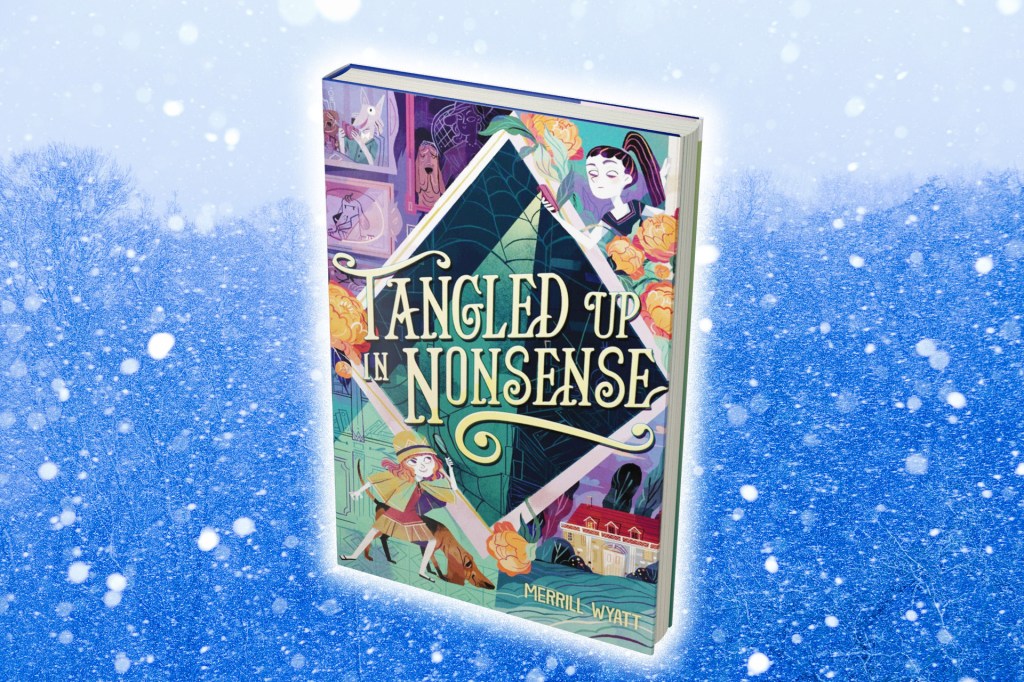 In Tangled Up in Nonsense, Sloane Osburn and Amelia Miller-Poe run the fledgling Osburn and Miller-Poe Detective Agency. They’re desperate for a new case. They find one when they show up at the Annual Ohio Peony Enthusiasts Competition, located at a majestic old manor called Tangle Glen. Supposedly, there’s $2 million dollars hidden among the mansion’s many nooks and crannies. Can Sloane and Amelia find it—and in just two days? Fans of mystery and suspense will enjoy this laugh-out-loud, action-packed novel by Merrill Wyatt. —By TFK Kid Reporter Celsey O’Hare

Why Humans Build Up 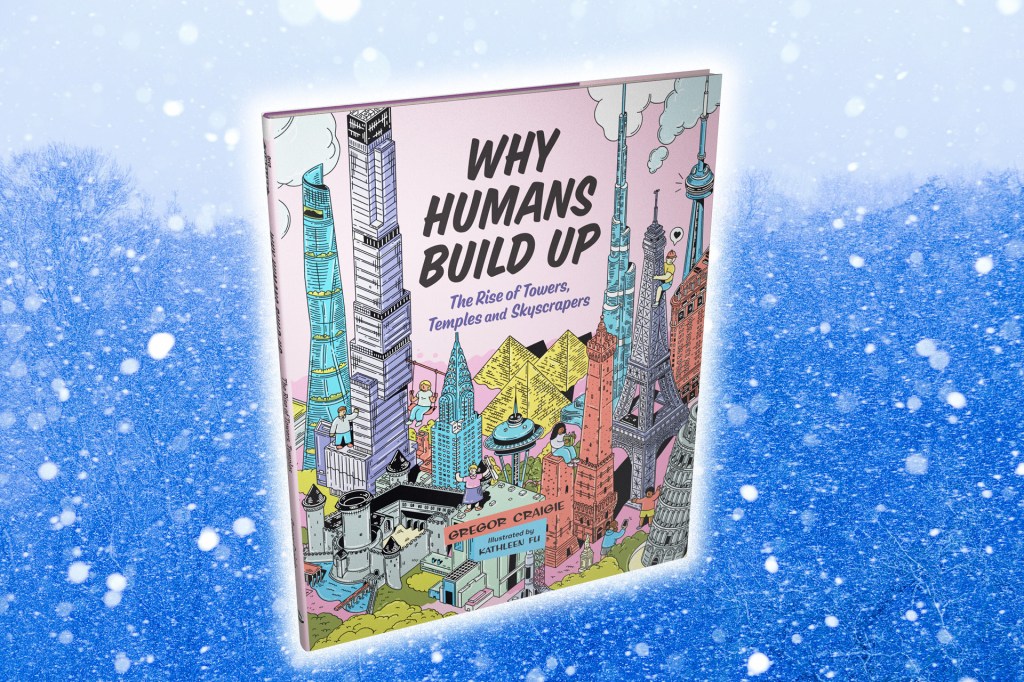 Why Humans Build Up, by Gregor Craigie, explores famous skyscrapers, towers, and temples around the world. It also offers a deep dive into history. The book explains the many reasons people have chosen to build skyward. Security, spirituality, and rivalry are a few. Readers also learn about the hardships architects have faced over time. Photos and detailed illustrations add to the experience. This book is full of fun and interesting facts. It will hook readers, especially aspiring engineers. —By TFK Kid Reporter Aiden An